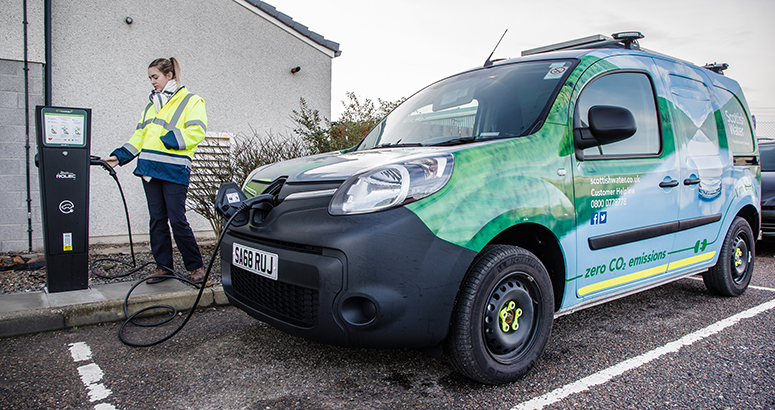 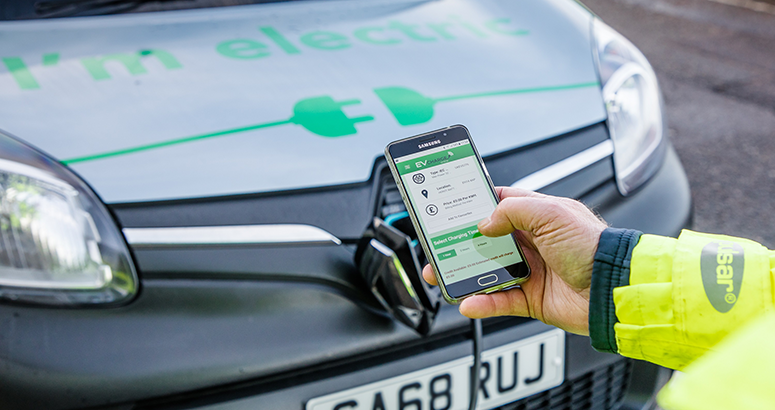 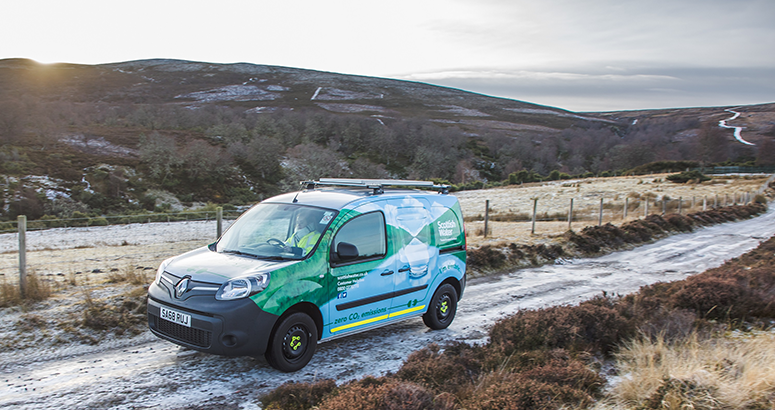 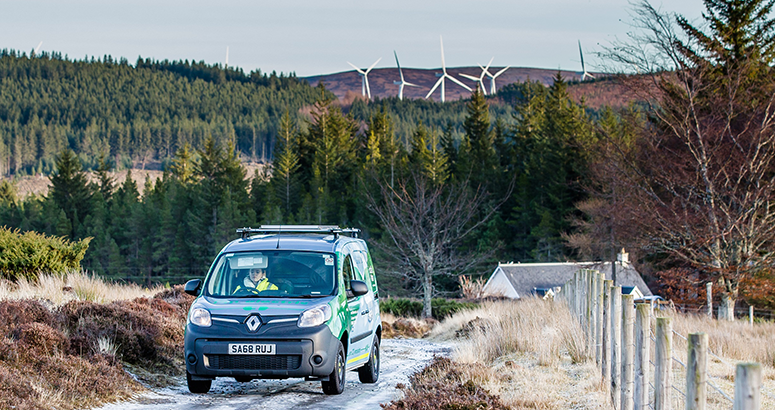 The fully electric-powered Renault Kangoo ZE. 33 will be used by water samplers in the Highlands

The newest - and greenest - addition to Scottish Water’s vehicle fleet has taken to the road to help reduce carbon emissions and combat the effects of climate change.

A fully electric-powered Renault Kangoo ZE. 33 will be used by water samplers in the Highlands in an effort to fuel green energy benefits by not requiring its tank to be topped up at the petrol pump.

Equipment on board, needed to store water samples taken by members of the Scientific Services team, is also powered by roof-mounted 150 watt solar panels.

It means that the Scottish Water staff working around the clock to ensure the country’s water meets the highest quality standards are doing so at the same time as protecting the environment.

The trial of this vehicle, plus one other fully electric cargo van, is underway as part of a broader drive to accelerate Scottish Water’s contribution in support of the Scottish Governments target to reduce carbon emissions by 90% by 2050.

Elise Cartmell, Chief Scientist for Scottish Water said: “This is a very exciting time for Scottish Water. We are committed to investigating and identifying ways we can reduce carbon emissions across our operations and the trialling of electric vehicles is a significant next step in these efforts.

"In the transition towards a zero emission vehicle future Scottish Water aim to ensure we play our part in reducing our carbon impact and support Scottish Government carbon emission targets.”

As part of an ambition to be as environmentally-sustainable an organisation as possible, the utility has already reduced its carbon footprint by 25% since 2006 and currently produces and hosts 200% more renewable energy than it uses. The next step in the transition to a low carbon economy is to reduce the carbon impact of its fleet and make the shift to zero emission vehicles.

The pilot aims to build an understanding of emerging developments in vehicle and alternative fuels technology and gain first-hand experience in how the vehicles will operate in reality.

The Renault Kangoo ZE. 33 offers a fully electrically powered vehicle with a predicted range of between 80 and 140 miles per charge. Working in partnership with Renault UK, both vans have been specially modified to ensure the trial represent vehicles that make up the highest proportion of the Scottish Water small van fleet.

Vincent Tourette, Managing Director, Groupe Renault UK, said:“Groupe Renault UK is delighted to partner with Scottish Water as it looks to transform its fleet and make a significant step in reducing the impact of its operations. We pride ourselves on our pioneering EV technology and it’s very rewarding to see how Scottish Water has chosen the Renault Kangoo Z.E. 33 as the ideal all-electric vehicle to be a feasible replacement for its hard-working, conventionally-powered light commercial vehicles.”

The addition of solar panels allows the 140 litres sampling fridge to receive power at all time and for samples to be temperature controlled between 2 and 8°C during transportation to meet Drinking Water Testing Specification standards.

Ross Shepherd, Fleet Manager for Scottish Water said: “One van is a dedicated refrigerated water sampling vehicle and will be used to collect and bring back samples to Scottish Water laboratories. Water testing is a vital part of routine operations to ensure customers receive high quality, clean and fresh drinking water every time they turn on their tap.

"The van will operate initially in the Highlands as our Inverness depot offers the largest number of routes that accommodate the vehicles range per charge, offering optimum conditions to test the vehicles performance.

"This is an exciting milestone for Scottish Water illustrating a real commitment to reducing the environmental impact of its operations. It is hoped the trial will help develop an understanding of how the Scottish Water fleet as a whole can realistically transition to electric and zero emission alternatives and how the utility can continue to support a low carbon future."
Scroll to top