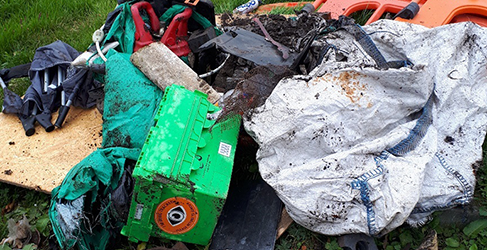 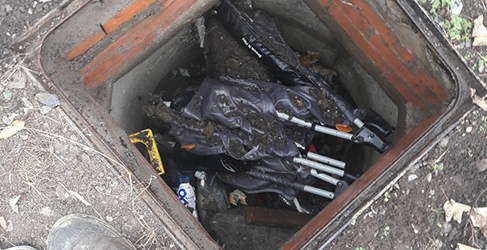 Scottish Water is issuing a reminder to the public about the problems caused by the misuse of its sewer network after the discovery of a child’s travel cot in a Glasgow sewer.


The discarded item was uncovered in Milton when Scottish Water workers were carrying out checks in the local area earlier this week.

On opening up a sewer manhole cover on Westray Street, members of the Sewer Response Team were met with the travel cot, some road signs and general household waste.

Speaking about the discovery, Scottish Water Sewer Response Team Leader, Ross Graham, said: “I’ve worked in sewer response for around six years but the lack of respect that some people have for our network still surprises me. Blocking a sewer which is designed to carry waste water away from homes also shows complete disregard for the local community.

“The reality is that these incidents cause sewer flooding which can lead to people’s homes and gardens being flooded, something which can be extremely upsetting and costly for householders.”

Ross added: “The fact that we then need to spend time clearing sewers which people have blocked – in this case on purpose - uses up valuable resources which could be better spent elsewhere. It took the team around three hours to clear this manhole.”

It is estimated that Scottish Water attends an average of 95 blockages in the sewer system across Scotland every day, at a cost of £6.5 million a year.

While this is an extreme example of the wrong items being put into the waste water system, common household items like wipes, cotton buds and sanitary products continue to cause blockages across Scotland’s water network. The incorrect disposal of fats, oils and grease (referred to as FOGs) down drains and sinks also leads to problems across the country.

There are simple steps we can all take to help avoid clogging up the cycle. In the bathroom, only flush the 3Ps – Pee, Poo and Paper. When it comes to the kitchen, make sure you dispose of FOGs properly and put them in the bin. When combined with other items which should not be in our network, the consequences can be catastrophic on terms of flooding and pollution.

Customers can learn more about what they can do to keep the cycle running, what should and should not be poured down sinks and drains or flushed down toilets and simple ways  they can save their drains, protect their homes, their neighbours’ homes and the local environment on our Keep the Water Cycle Running page