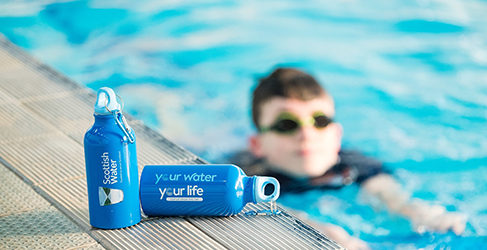 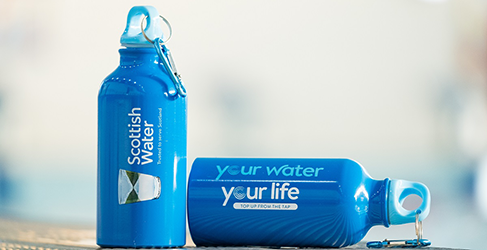 Scottish Swimming has become the first national representative organisation to back Scottish Water’s Your Water Your Life campaign – which is encouraging the public to use a refillable bottle and top up from the tap for the benefit of their health, their pocket and the planet.

As a direct result of the pledge, Scottish Swimming believes it can cut the consumption of at least 10,000 bottles from the various national competitions and events it hosts across Scotland each year, cutting huge amounts of waste and further boosting its green credentials in the process.

Forbes Dunlop, CEO of Scottish Swimming, said: "Water and wellbeing are so intrinsic to our organisation, so we’re delighted to get behind this truly important campaign to encourage people to think of using tap water in a more environmentally responsible way.

“Staying hydrated is a crucial part of swimming, whether you are just starting to learn or an elite swimmer – and this gives us a really nice opportunity to reiterate that message.”

As part of the commitment, Scottish Water has already provided 500 refillable bottles and will continue to support Learn to Swim launch events with bottles for children as the main partner of Scottish Swimming’s National Learn to Swim Framework delivered by aquatic providers across Scotland.

In addition, Scottish Swimming no longer provides bottled water for officials, coaches and team managers at national competitions, encouraging instead our volunteers to top up from the tap.

Brian Lironi, Director of Corporate Affairs with Scottish Water, said: "We’re keen for as many organisations as possible to become supporters of Your Water Your Life.

“The time is right. We now have a much clearer awareness of the environmental devastation caused by our consumption of single use plastics.

"It makes total sense too that we encourage all of the athletes and young swimmers to stay hydrated - and what better way to do that than from the fresh water straight from the tap?

"We hope that all of those involved in Scottish Swimming's programmes will get behind the campaign – and feel the benefit in their wallets as well as knowing that they are having a positive impact on Scotland.”

Scottish Water has a close relationship with Scottish Swimming, as the lead supporter for its Learn to Swim Framework, which is delivered by Leisure Trusts and aquatic providers, and is now helping more than 75,000 children across Scotland to enjoy fun in the pool while learning potentially lifesaving skills.

The programme’s lead Ambassador is Olympic medallist, World, European and Commonwealth Champion Duncan Scott, who won six medals at the Gold Coast Commonwealth Games in Australia in April – the most by a Scottish athlete at a single Games.

Scottish Swimming’s announcement follows on from a commitment from the Fairmont Hotel in St Andrews, which agreed to remove all disposable bottles in guest rooms, replacing them with refillable glass bottles.

A network of high-tech public water refill points is to be introduced across the country, with Top up Taps now located in Edinburgh outside the Parliament, Buchanan Street in Glasgow and in Ayr town centre.

Scottish Water is now encouraging other businesses and organisations to follow suit and help make it easier for people to top up by offering access to tap water in their premises.