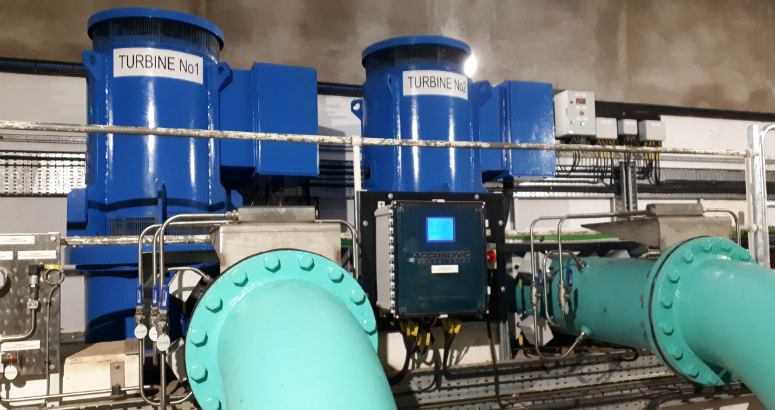 The green electricity used on site or exported to the grid will avoid the emissions of almost 360 tonnes of carbon dioxide equivalent this year.

A hydro power scheme which includes turbines that can generate enough power to run approximately 690 households a year has been upgraded at a water treatment works in South Lanarkshire – and the green electricity generated there will avoid the emissions of almost 360 tonnes of carbon dioxide equivalent this year.

The scheme at Daer Water Treatment Works (WTW) near Elvanfoot includes four turbines, the largest number at any Scottish Water asset, which are generating enough electricity to run the WTW and sell surplus power back to the National Grid.

They are among a mix of renewable technologies we're adopting to help achieve our target of becoming carbon neutral by 2040.


The site serves 250,000 customers in Lanarkshire and parts of Greater Glasgow. Between 90 and 120 million litres of water are drawn down from the Daer reservoir each day and processed through two inlet turbines where electricity is generated to power the water treatment process. A compensation turbine powers the on-site sludge treatment works and surplus electricity generated through a spill turbine is sold back to the National Grid providing an income for the site. 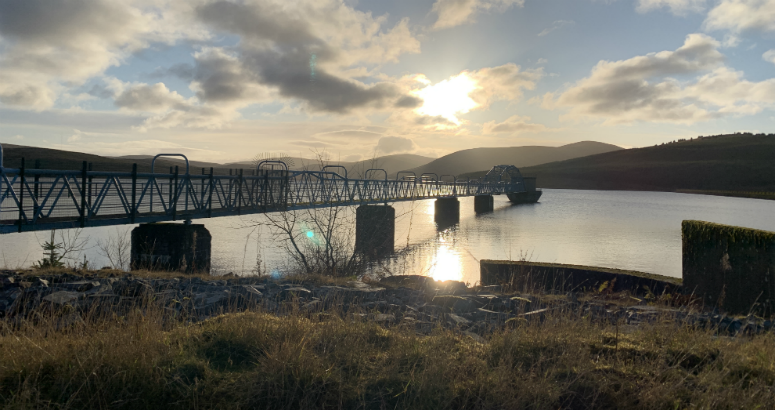 Daer Water Treatment Works is set in a beautiful location, on the Southern Upland Way.

“...the site is really important in terms of the direction we’re moving in with our carbon footprint and trying to reduce the amount of electricity we use.”

The recent optimisation works on the turbines included the installation of a heat exchange system at the WTW. This means that some of the excess electricity can be harnessed and used to augment the current oil heating system, with a financial saving of around £73,000 per year. The green electricity used on site or exported to the grid will avoid the emissions of almost 360 tonnes of carbon dioxide equivalent this year - that’s the equivalent of 467 individual standard flights from Glasgow to New York, America.

Treating water is an energy intensive process and with Scottish Water’s carbon footprint dominated by electricity at around 69%, natural resources are being put to good use at Daer works and off-setting the site’s power consumption.

Speaking about the renewable technology at the site, Claire Chapman, Renewable Asset Manager at Scottish Water, said: “I’m delighted with how this site is using its electricity – it’s great for the environment and for Scottish Water.

“As well as the income earned here for Scottish Water, the site is really important in terms of the direction we’re moving in with our carbon footprint and trying to reduce the amount of electricity we use. Using renewable technology like hydro and getting greater value from our day-to-day practices is helping us play our part in tackling the climate change emergency. Hopefully the model we operate here at Daer Water Treatment Works can be used as a blueprint elsewhere across the country.”

A range of renewable initiatives like the scheme at Daer are helping Scottish Water make a significant contribution to Scotland’s national economic, carbon and renewable energy targets.