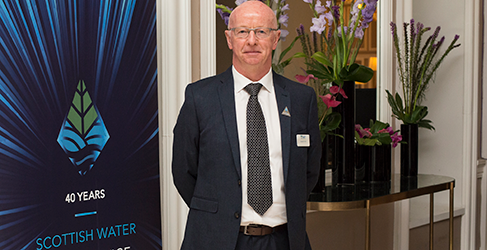 Stewart bows out after 43 years 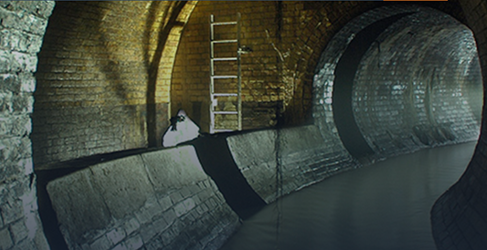 There is not a bit of the Capital’s sewer network that Stewart Imrie does not know about – and after 43 years working in the water industry he knows many of system’s secrets.

From the days when he had to walk parts of the main Victorian sewers checking for any cracks, to the days he saw colleagues sieve the city’s raw sewage to look for any valuables they could sell on – he has seen it all.

Stewart has had various roles in the industry since the 1970’s and will retire at the end of this month.

The 61-year-old has been part of a changing landscape, as responsibility for water services changed from various regional structures to the nationwide publicly-owned utility Scottish Water, formed in 2002. And despite decades of being asked why he chose to work with waste water – “someone has to”, he says – he insists he has taken a real pride in working in a key service that impacts on everyone’s lives.

He said: “You could never call what I did glamorous, but it is fascinating. And to have lasted this long, the secret has been not thinking about what it is you sometimes have to wade about in – and it’s not for people with claustrophobia.”

Stewart, from Edinburgh, started his four decade career in 1976 as a civil engineer technician at the old Lothian Regional Council’s Department of Drainage. Ten years later he was a Works Supervisor, repairing and maintaining the sewers and drains.

He said: “Every summer we had to inspect the trunk sewers, some as small as 4ft and some as big as 9ft. It was smelly and wet but it had to be done. There was no fancy equipment back then, and we used a hand held tape recorder wrapped in polythene to record the defects. That’s the biggest difference over my years, the fact technology has moved on so much.”

Another issue was the hard graft that was sometimes required in the 1980s to fix a sewer collapse. He remembers one at the rear of a property near the Dean Bridge, which was on top of a small cliff above the Water of Leith. He and his team had to hand dig five metres to get to the sewer. They then had to crawl along a 900mm high tunnel that ran for 20 metres along the back of the houses, to another 3 metre deep shaft only 1.2 metres wide, and the blockage was at the bottom.

“We had to hand dig, day after day, and every morning pump out the waste water from the area before we could start digging,” he recalls.

Not long after that his team was sent to clear a blocked drain at the rear of a tenement in Clerk Street. As soon as they lifted the manhole cover they saw a woman’s arm sticking out of the water.

Stewart said: “A woman in her 20s had been killed and placed down there. My team had to pull her out. It was a very, very sad day. We found out she had been murdered, the story was in the papers for weeks.”

He told how over the years his team had come across lots of unusual items down the city’s sewers.

He said: “Back then we had to clean some sewers with shovels and wheelbarrows and I have seen everything, from false teeth to toys to cutlery and dead pets. There were always so many pieces of jewellery, mostly old rings. I know some of the men would sieve the sewage to look for valuables before taking it all away.”

Stewart says much of the city’s sewer network dates back to the mid, to late 1800s – and some of the brickwork is “quite beautiful” and “amazingly, in perfect condition”.

He said: “Most people never think about what happens with their waste water, but as an engineer I find it fascinating the way the sewers interconnect and bend and flow to get what we put down the loo back out to sea. In some parts it travels many miles and it needs a very well designed network to work right.”

“Edinburgh has expanded beyond belief and the sewer network has got longer, and in places much bigger, to cope with demand. It has been so interesting helping to play my small part in designing parts of it, and knowing my job is an essential part of daily life.”

Over the years Stewart, a keen sportsman, has worked with Scottish Water colleagues to help raised many thousands of pounds for the charity WaterAid. In 1999 he took part in the Everest Marathon, which included hiking at altitude for nearly three weeks just to get to the start. He completed the Six Peaks Challenge – climbing the highest peak in each country of the UK and Ireland in 72 hours. He also visited Uganda to help build water projects. He received the Presidents’ Award from WaterAid patron, Prince Charles, for all his fundraising efforts.

And he plans to continue taking part in lots of sports “full time” after he retires. He is already planning an Edinburgh Sewer Cycle Tour for later this year, when he will take a group of cyclists on a 30-mile circuit of the sewer network in the city and surrounding area. He said: “It seems I cannot say goodbye to these sewers – I can’t wait to show them the routes and explain how it all works.”

Stewart, who grew up in a two bedroom flat on the Royal Mile with seven family members, admits it may have been the fact he had to traipse to an outside loo – shared with his neighbours – which prompted his career in the water industry. He said: “After growing up like that you never ever take water for granted.”

Bill Elliot, National Stakeholder Manager at Scottish Water, said: “Stewart’s hard work and dedication over the last 43 years, and his service to customers, has been truly remarkable.

“Everyone who has worked alongside him through the years has gained from his knowledge and expertise. Scottish Water’s vision is ‘Trusted to Serve Scotland’ and few people have done more to earn that trust than Stewart.”