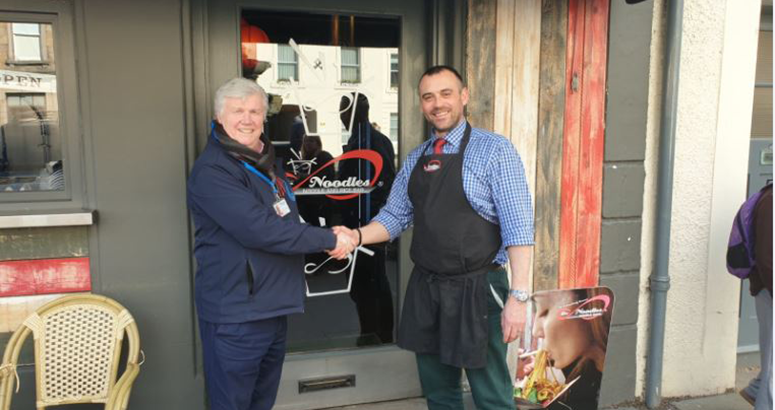 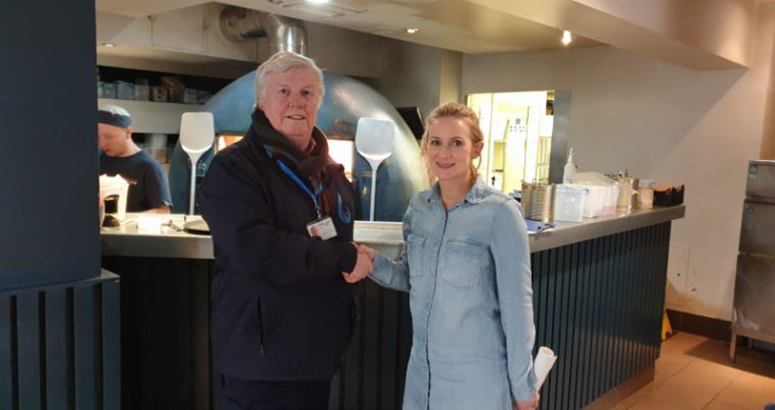 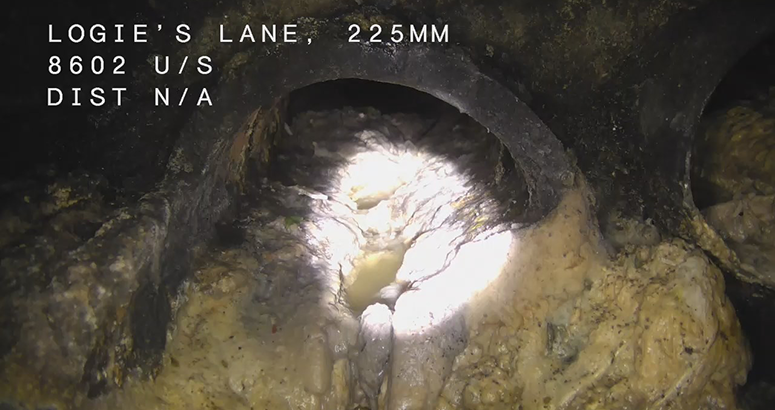 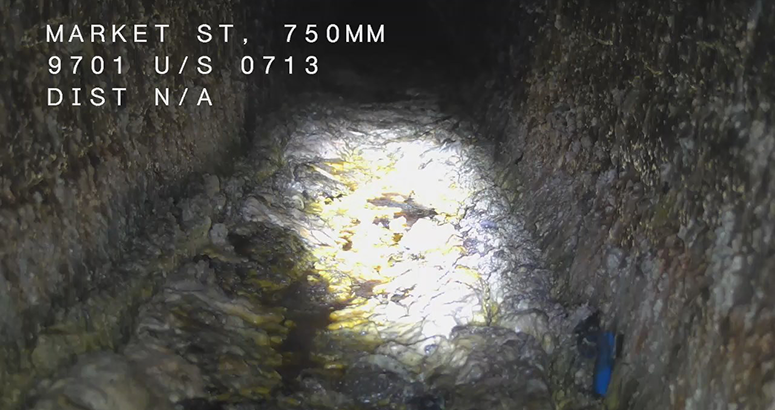 Scottish Water partners ECAS work to reduce fatbergs which block our sewers and potentially lead to sewer floods and harm to the environment .

“Invest in proactive education and focus on both prevention and cure, like Scottish Water did.”

Since September last year, we’ve spent time with over 170 food businesses in St Andrews, Cupar and Dundee – on behalf of Scottish Water. It was called the Fat-Free sewer campaign.

Why? To educate them on why it’s important to dispose of fats, oils and grease (commonly called FOG) responsibly. And more importantly, to encourage food business owners, to act on our advice, by installing proper grease trapping equipment – if they needed to do so.

We wanted to help Scottish Water put the Fife sewers on a diet, by preventing FOG from entering their wastewater network in the first place.

If FOG is allowed to go down sinks and drains – instead of being trapped at source – it can build up in the pipes and become fatbergs – that block the sewers, and potentially lead to sewer floods, and harm to the environment.

Our mission from Scottish Water – was one of education.

We spent time educating up to 300 kitchen staff, who work in restaurants, cafés, hotels, fast food outlets, academic institutions, supermarkets, nursing homes – basically, any commercial premises where food was being prepared and served.

We talked to food service establishments to find out how they went about getting rid of their FOG. We performed site inspections and audits. We showed them what best kitchen practice looked like when it came to disposing of FOG. We recommended what grease trapping equipment they should install – if any. And beyond that, we provided ongoing guidance and support on how to remain FOG compliant.

As a result of our time in Fife, the sewers should be around 140 tonnes lighter of FOG each year. That’s the equivalent of 85 cars, or 50,000 house bricks.

Surely that deserves Slimmer of the Year?

So, what are the secrets of dieting success?

In our view, to crack the systemic problem of sewer misuse, fatbergs can be prevented if you invest in proactive education, like Scottish Water did.

In our experience, food businesses aren’t deliberately trying to sabotage the sewer network. Most of them are unaware of the consequences of their actions, until you sit down and explain to them. Then offer them ongoing help and expertise to keep compliant.

Raise the profile of the problem through impactful communications.The success of the campaign was underpinned by the continuous and consistent communications by Scottish Water in the press, and via social media – helping to galvanize the local community to get involved, and support one another. This led to local businesses stepping forward to be the face of the campaign, in newspaper articles and social media stories.

Do both of these things: prevention and cure – to remain fat free.

While we were out pounding the pavements visiting food businesses in a bid to prevent FOG from entering the sewers – our friends and colleagues in Scottish Water, were out cleaning the sewers of the FOG that was already lurking down below. This prevention and cure approach will make for a much healthier, and simmer, sewer network.

So, that’s why it’s been an effective diet all round.

Here’s to more fat free sewers across Scotland and beyond!