More than 40,000 litres of water have been drunk from our collection of Top Up Taps in Scotland - that's the equivalent of 120,000 standard 330ml single-use plastic bottles.

The news came as we launched our Top Up Tap in Stirling.

Standing tall in Stirling's Port Street, this tap is one of 13 Top Up Taps which we've installed around the country.

University of Stirling Surf Club members swapped waves for puddles and were joined by fellow students from the Underwater Hockey Club, Sub-Aqua Club and the university's Marine Conservation Society, to help launch this latest tap during Scotland’s Climate Week. 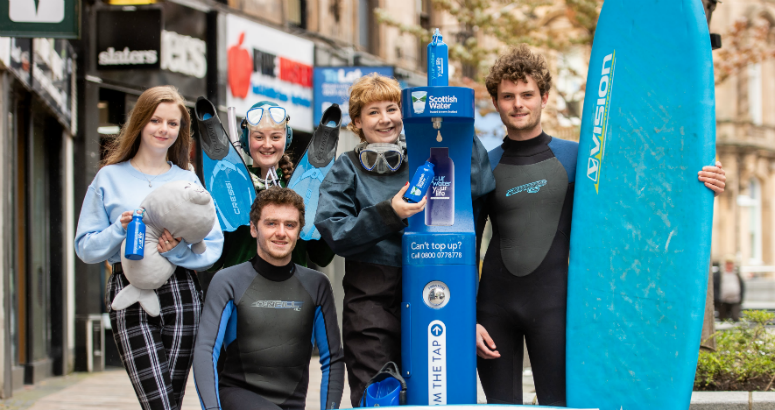 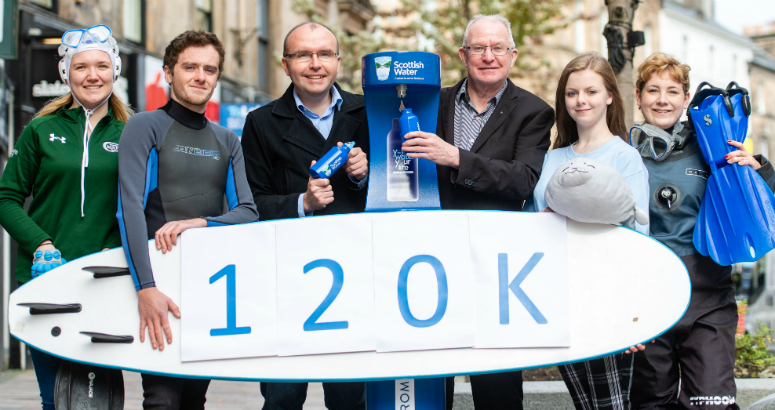 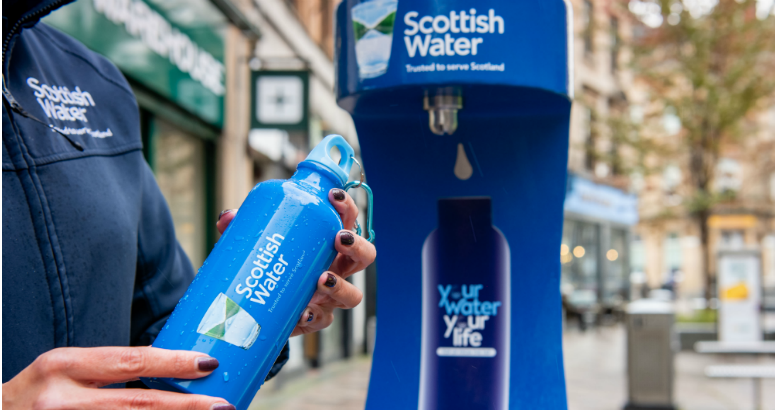 In addition to the health benefits that topping up from the tap brings, it’s hoped that the top up taps will positively impact the environment by helping to reduce marine litter in the seas – where many of these water sports enthusiasts spend their time.

“It’s vitally important that provision for reusing items is put in place and this tap is the first step for people to start reducing the unnecessary single-use plastic in their lives.”

And that’s something that is very much at the heart of the university’s Marine Conservation Society which actively campaigns about environmental issues in the fight to save our seas. Speaking at the launch, Hannah Dry, University of Stirling's Sustainability Officer, said: “It’s so exciting that a Top Up Tap is now available in Stirling for people to refill their reusable water bottles!

“It’s vitally important that provision for reusing items is put in place and this tap is the first step for people to start reducing the unnecessary single-use plastic in their lives. It’s going to help create a wider conversation about how Stirling as a community can start to reduce plastic in other areas and start adopting attitudes of the circular economy. Thank you so much to Scottish Water for all their hard work!”

Ruaridh MacGregor, Scottish Water’s corporate affairs regional manager, said: “We’re absolutely delighted to bring one of our top up taps to Stirling City Centre and thrilled that Stirling University are helping create awareness of this new facility among its student population.

“We’re encouraging everyone – local residents, workers and visitors to the town - to make full use of the Top Up Tap all year round by topping up their reusable bottles when they’re out and about. It can benefit health and wellbeing, saves money and helps reduce waste and the impact on the wider environment.”