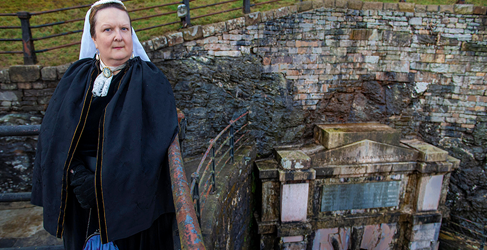 Watch our video from the day

The Loch Katrine Aqueduct celebrated its 160th anniversary today with a special re-enactment of its official inauguration by Queen Victoria.

The aqueduct, one of Scotland’s most important pieces of infrastructure, was built in the Victoria era to help transform the health of citizens. Today it still takes water to treatment works supplying 1.3 million people in Glasgow and the west of Scotland.

The historic moment Queen Victoria opened the mega-structure on October 14, 1859, has been re-enacted on the south shore of the picturesque Lock Katrine, to celebrate its importance to Scotland and its stature as one of the world’s greatest feats of engineering of its time.

The anniversary event took place above the entrance to the aqueduct near Stronachlachar, where thousands once gathered, including dignitaries and workers who had built the structure, to watch history being made.

Queen Victoria’s original speech was repeated by a modern day look-alike: “It is with much gratification that I avail myself of this opportunity of inaugurating a work which, both in its conception and its execution, reflects so much credit on its promoters, and is so calculated to improve the health and comfort of your vast population, which is rapidly increasing round the great centre of manufacturing industry in Scotland.

“Such work is worthy of the enterprise and philanthropy of Glasgow and I trust it will be blessed with complete success. I desire that you convey to the great community which you represent my warmest wishes for their continued prosperity and happiness.”

The commemoration of the official opening included three special public sailings of the vessels the SS Sir Walter Scott and the Lady of the Lake by the Steamship Sir Walter Scott Ltd from Trossachs Pier to Stronachlachar.

During the sailings, the ‘Royal’ party - members of the Forest Theatre Company from Gartmore  - gave interactive performances and told passengers about the history and heritage of the area and the aqueduct.

Billy Petrie DL OBE, Chair, Sir Walter Scott Steamship Trust, said: “We are delighted to be hosting these special sailings, and the re-enactment with ‘Queen Victoria’ at the Katrine Aqueduct, to commemorate such a hugely important occasion in the history of Glasgow. “ 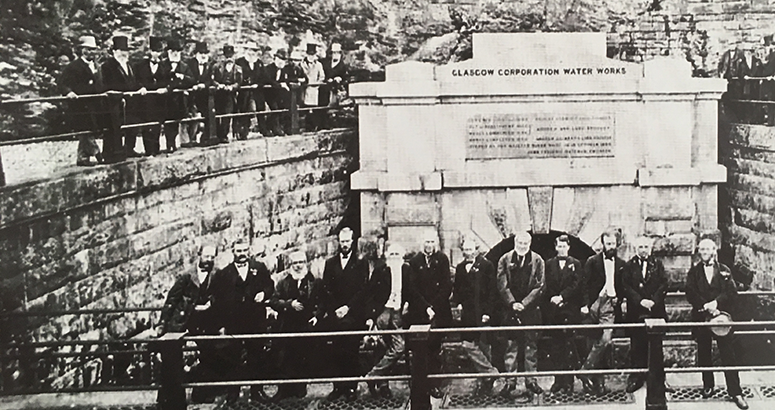 Gary Caig, Scottish Water’s water operations manager west, said: “With climate change and sustainability being so important in the 21st century, the aqueduct is still as efficient and environmentally-friendly now as it was then because it takes water by gravity – without the need for pumping - from Loch Katrine to the Milngavie and Balmore water treatment works before it is distributed to customers across a large swathe of Greater Glasgow and west central Scotland.”

The Katrine Aqueduct – which originally cost £3.2 million to build - comprises two aqueducts which together can provide about 110 million gallons of water every day.

The first was built to give Glasgow a proper water supply and tackle cholera and includes tunnels through mountainous terrain in the shadow of Ben Lomond and bridges over river valleys. The second was constructed to accommodate the rapid expansion of Glasgow, the ‘second city of the Empire’, in the late 19th century.

A forgotten treasure trove of Victorian photographs showing the construction of parts of the aqueduct was discovered recently.

The glass photograph slides, which had not been seen before by Scottish Water experts with decades of experience of working on the local network, were found along with some books and drawings when the utility was closing one of its offices.

Scottish Water is working on a £15.7m million project to refurbish part of the overall aqueduct scheme at the moment. The project includes structural repairs of three stretches of tunnel and a bridge, improvements to the lining of tunnels and repairs and refurbishments of control valves.