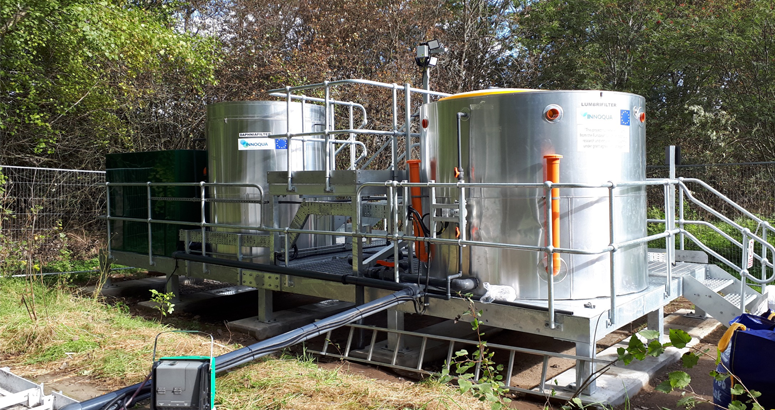 Scottish Water is using earthworms and water fleas to treat waste water as part of an innovative international study which aims to protect and improve water resources around the world.

An EU funded project which is being trialled in 11 countries including Scotland, the study will measure the effectiveness of earthworms, water fleas and microalgae as a carbon neutral method of treating waste water.

The 12-month Scottish Water pilot, which is being led by the Research and Innovation team, has just got underway in the small rural community of Littlemill in Nairnshire. It was chosen based on size, remote location and exposure to the Scottish climate – the perfect place to test the reliability and adaptability of the technology.

It will run alongside the existing treatment plant to make sure the local environment continues to be protected, and Scottish Water has been proactively engaging with residents to inform them of the pilot, discuss plans and answer any questions prior to installation.

Project Manager Anna Baran from Scottish Water’s Research and Innovation Team said: “This is a really exciting project for us to be part of and has the potential to have a real impact on the way waste water is dealt with around the world. The technology we are trialling basically replicates a process which happens naturally within soil but we are using it to clean waste water.

“The first stage of treatment involves a tank filled with earthworms – the worms eat the larger particles of organic matter in the waste water, before it is added to a second tank containing water fleas and microalgae which remove the finer bits of organic matter.

“At this stage, the water should be in a condition that would allow it to be returned back to the natural environment.”

She added: “The objective of the project is to provide a decentralised, ecological waste water treatment for use in rural communities like Littlemill, as well as industries such as agriculture and aquaculture.

“It would also have the potential to be used in developing countries - around 2.5 billion people globally are without sanitation facilities, so the development of an accessible method of treating waste water such as this could be very significant in tackling that issue.”