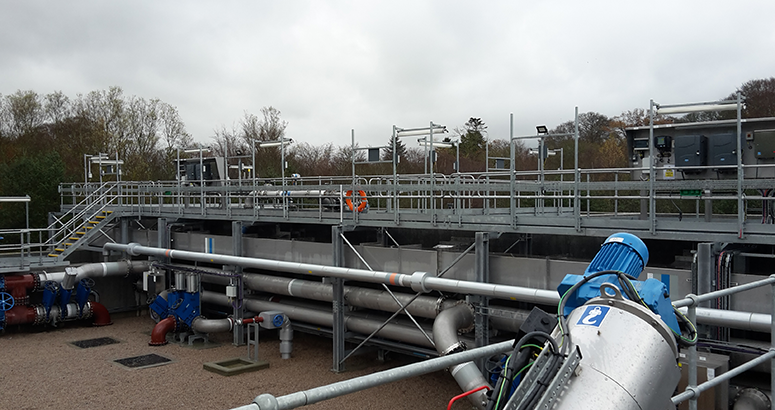 The new £21m WWTW has the potential to reduce the amount of energy used during the treatment process by half.

“Developing new, more efficient ways of treating waste water through the deployment of new technology, is hugely important as Scotland takes decisive steps towards tackling the climate emergency we are facing around the world.”

Mairi Gougeon
Minister for Rural Affairs and the Natural Environment

A £21 million state-of-the-art waste water treatment works which has the potential to reduce the amount of energy used during the treatment process by half has officially opened in Inverurie.

The new works, which is the first in Scotland to make use of an innovative technology called Nereda, was opened by Minister for Rural Affairs and the Natural Environment Mairi Gougeon on Friday 6 December.

The award-winning technology breaks sludge into granules, the structure of which enables multiple treatment processes to take place simultaneously (Granular Activated Sludge). This and the granules’ faster settlement make treating waste water significantly faster and more efficient, while avoiding the need for pumps and mixers.  It means less energy and less space is needed to treat a higher quantity of waste water, reducing the operating costs of the site.

It also removes the need to chemically treat the effluent, increasing the protection of the rivers Don and Urie, and provides the capacity to support the local community as it continues to grow and flourish.

The project was delivered by Scottish Water alliance partner ESD and included building new sewer pipework, improving the resilience of the site to flooding and upgrading existing equipment.

Ms Gougeon said: “While treating waste water isn’t something people probably like to think about too often, it is something that is absolutely vital to protect not only our health and sanitation, but also the environment.

“Developing new, more efficient ways of treating waste water through the deployment of new technology, is hugely important as Scotland takes decisive steps towards tackling the climate emergency we are facing around the world.”

Chief Executive of Scottish Water Douglas Millican said: “We are always looking for ways to innovate and protect the environment both locally and globally, so it is very exciting to see this new state-of-the-art treatment works officially opened here in Inverurie – the first of its kind in Scotland.

“Not only does it mean we can continue to treat waste water effectively and protect the environment for years to come, it also underlines our commitment to pursue new ways to lower our energy requirements, towards reaching our ambitious goal of achieving net zero emissions by 2040.”

Most construction work on site was completed in the Spring and the new treatment process has since been closely monitored during commissioning and beyond.  While most of the work took place within the established Scottish Water site, installation of new pipework beneath the railway line involved a closure to Keithhall Road which was completed ahead of schedule in April 2018.

ESD Chief Operating Officer Wendy Cooper said: “We are very proud of what has been achieved at Inverurie, successfully delivering a cutting edge new wastewater treatment technology in Scotland for the first time.

“Success in this project has involved close collaboration between Scottish Water, ESD, Royal HaskoningDHV (the suppliers of the Nereda technology) and our wider supply chain.

“As well as delivering the long-term benefits of the investment for the future of the town and its environment, we have worked to minimise any short-term disruption for the neighbours of the site and to make a positive contribution to the life of the local community. We are very grateful for the welcome we’ve been given; and for residents’ support and understanding while construction was underway.” 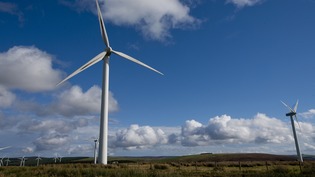