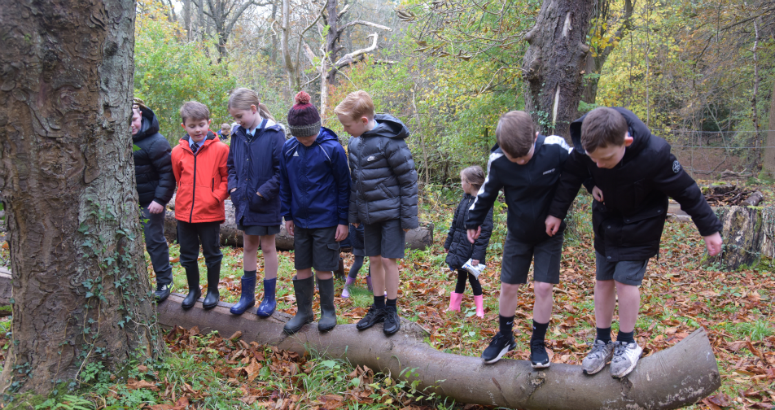 Pupils from Knowetop Primary School play in their new Sensory Garden created by a team of Scottish Water graduates.

A team of innovative Scottish Water Graduates have built an interactive Water Cycle Garden which boasts homes for hedgehogs and a Bug Hotel.

Determined to bring their idea to life, the industrious innovators had a budget of just £100 and successfully sourced funding, labour and land for the project, with help from engineering contractors George Leslie Ltd, apm Scotland and RSPB Scotland.

Now the garden has been opened to the public as an interactive experience to help educate visitors about the Water Cycle.

The Scottish Water team created a series of fun interactive games, which can be used by the community all year round.

They also built a hotel for beasties and shelters for small wild animals which have been a surprise hit with the local hedgehog population.

Pupils from the local Knowetop Primary School helped open the garden – which is an inclusive space for families to relax and get outdoors.

The RSPB wildlife charity hopes the project will help protect and encourage wildlife on the surrounding Baron’s Haugh nature reserve, as well as promoting the importance of water as a precious natural resource as we tackle the current climate change challenges.

Scottish Water graduate Chris Arnold, said: “It was a fantastic project to work on. We really wanted to make sure our idea became a reality.

“We worked together as a team and we want to thank everyone involved in making it happen.

“We’re thrilled it’s now open for the whole community and the local wildlife to enjoy.”