24 June 2020
Each year Armed Forces Day gives us a chance to show support for the men and women who make up the armed forces community, from currently serving troops to service families, reservists, veterans and cadets.

Reservists also make a huge contribution to the armed forces. To celebrate Reserves Day (Wed 24 June 2020) we caught up with Neil Clark, a reservist who currently works for Scottish Water. 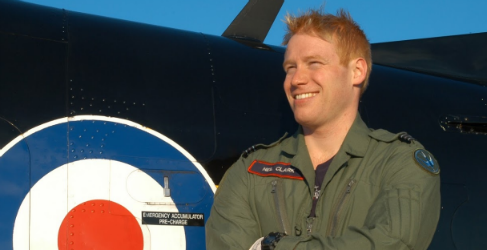 Neil Clark is also a reservist and works as a human factors specialist.

Q. What did you do in the armed forces before you became a reservist?

A. Between 2002 and 2011, I was an RAF pilot. I flew jets and helicopters and tested aircraft from a human factors perspective. I also worked with the Royal Australian Air Force to bring into service a new air-to-air refuelling system that I ran for the Australian government. After I left the RAF in 2011, I joined the Reserve Air Force as a pilot.

Q. What is your role in Scottish Water?

A.  I work with the Health and Safety Team as a Human Factors (HF) Specialist.

Q. How has your experience in the Armed Forces helped you to perform your role, especially since the pandemic?

A. We cannot be the same as we were before on site. Our site people are, for example, used to giving each other a hand but we cannot do that anymore. We have to be aware of our situation and assess for any risks. My human factors training in the military has helped me to support Scottish Water in this area. There’s a nice synergy between the integration of human factors in concept of resilience; I was taught that as a military officer.

Q. What have you been doing with your Reservist unit since the pandemic?

A. I'm a flight lieutenant in charge of a squadron. I’ve been running online HF sessions with military pilots to help them to identify what factors can affect them during this time. HF training is mandatory for RAF pilots. Since the German Wings fatal air crash there has been more emphasis on supporting pilots with regard to their mental health and wellbeing. I've been supporting a number of former RAF pilots who now work for commercial airlines and are losing their jobs. HF is the scientific discipline which studies the integration of people and the systems they operate.  It encompasses all aspects that can influence people and their behaviour. Some common human factors that can increase risk include communication problems, mental state and stress, poor teamwork, lack of planning, loss of situational awareness and process design.