Solar and Battery First for Perth 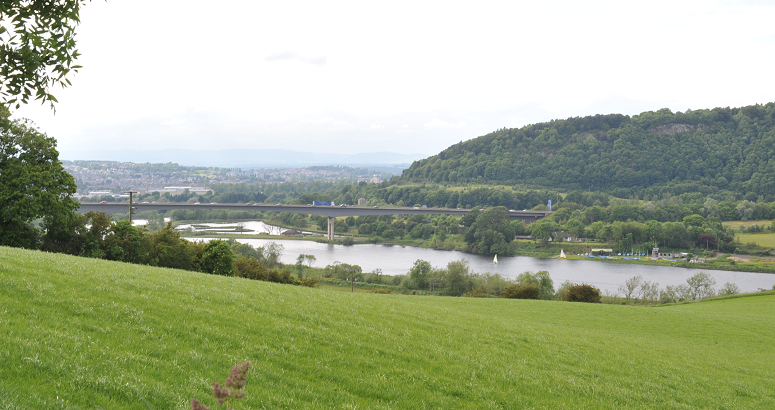 Inclusion of battery storage at site on the River Tay will make renewable power available, day or night

“Innovative projects like this help to support the Scottish manufacturing industry, the creation of green jobs and a green recovery from COVID-19”

The renewable energy generated is expected to provide around a quarter of the electricity needed to treat water that has been used by customers all over the city, enabling it to be safely returned to the environment. 2,520 solar panels will be installed on land adjoining the treatment works, with a combined generating capacity of just over 1 Megawatt (MW).

It will be the first Scottish Water solar project to include battery storage, in the form of four vanadium flow batteries (VFBs), capable of storing up to 0.8 Megawatt-hours (MWh) of energy. The project is being developed and constructed by Scottish renewable energy solutions specialists, Absolute Solar and Wind, with the batteries supplied by manufactured by Invinity Energy Systems. It is due to go live next year.

The inclusion of battery storage will enable around 94% of the renewable power generated to be used on site, with the flow batteries charging from renewable electricity produced when the sun is at its peak and then delivering it to the site when it is most needed, any time of the day or night.

By using this solar power on site instead of exporting to the local grid, the treatment works will cut its carbon footprint by around 160 tonnes of CO2 per annum – the equivalent of offsetting 580,000 miles from the average passenger car.  It will also help to reduce energy costs at the site by approximately 40% on an ongoing basis.

The Invinity VS3 batteries will be assembled at the company’s manufacturing and testing facility in Bathgate, West Lothian.

“This project represents an exciting step forward in our work towards Scottish Water’s ambitious goal of achieving net zero carbon emissions by 2040.

“Perth’s waste water treatment works at Sleepless Inch is a key site for Scottish Water, serving customers across the city. By installing energy storage, we can go even further in our use of self-generated renewable power, while also supporting the operation of the wider electricity system.

“Perth is right at the heart of Scotland and has its own emerging ambition to become the most sustainable small city in Europe. We hope this project and Scottish Water’s continuing journey towards net zero can support that goal.”

In addition to the new photovoltaic panels and batteries, Scottish Water Horizons’ project will also include installation of electric vehicle charging facilities to support the transition of the company’s 1,600-vehicle fleet of vans and tankers away from fossil fuels towards clean electricity. The site is located close to the M90, at a key hub of the transport network.

“Congratulations to Scottish Water for transforming this facility in Perth. I hope it helps the city reach its goal of becoming the most sustainable small city in Europe. By opting for renewable power they are providing a great example to other companies and public sector bodies.

“Innovative projects like this not only help us reach our goal of zero emission by 2045 but also help to support the Scottish manufacturing industry, the creation of green jobs and a green recovery from COVID-19.” 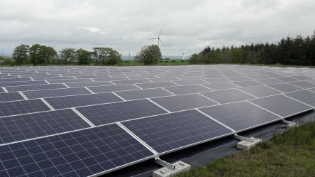 This map shows our renewable energy locations across Scotland 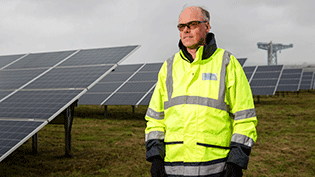