31 December 2020
Reflection… that’s what the run-up to New Year is all about, and now cyclists will be able to reflect on a smart new cat’s eyes system along the River Kelvin Walkway in Glasgow.

The innovative installation on the Scottish Water work site fencing along this popular route in the city’s West End is helping to light the way and keep cyclists safe this winter. 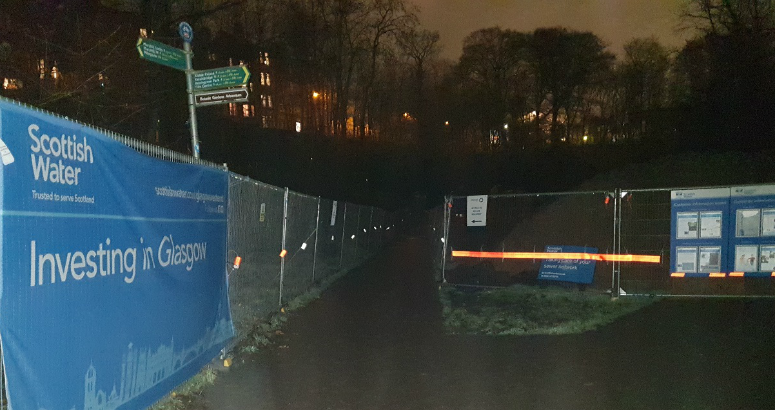 The simple but effective cat's eyes system is helping to light the way and keep cyclists safe in Glasgow's West End.

They are the brainchild of amey Black and Veatch Communication Manager, Paul Milligan, who is part of the team working to deliver a multi-million-pound project to improve the environment at the River Kelvin.

He explained: “Despite the darker nights and mornings, I noticed that lots of cyclists were still using the cycle route along the Kelvin Walkway in the dark.

“We have fencing along the path to ensure the safety of the public and our workers when the work is being carried out.

“I had an idea of creating cat’s eyes from scratch by simply rolling up reflective tape and placing it at intervals along our fencing. It’s proven an inexpensive but very effective solution that the cyclists have welcomed.”

Due to delays experienced as a result of Covid-19 restrictions earlier this year, work on the entire project is expected to be completed by the end of summer 2022.

More about this work to improve the overall environment of the River Kelvin can be found via the link below: 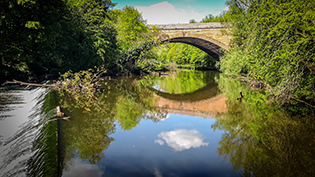