The Cat B listed building was originally built as public toilets around the 1930s in the town’s heyday as one of Scotland’s busiest seaside resorts.

The iconic building – which can be seen from the Calmac ferry crossing from Wemyss Bay - is situated at the north-east of the Rothesay settlement on the Isle of Bute. It was taken over by Scottish Water in the 1970s and is now solely used as a pumping station. 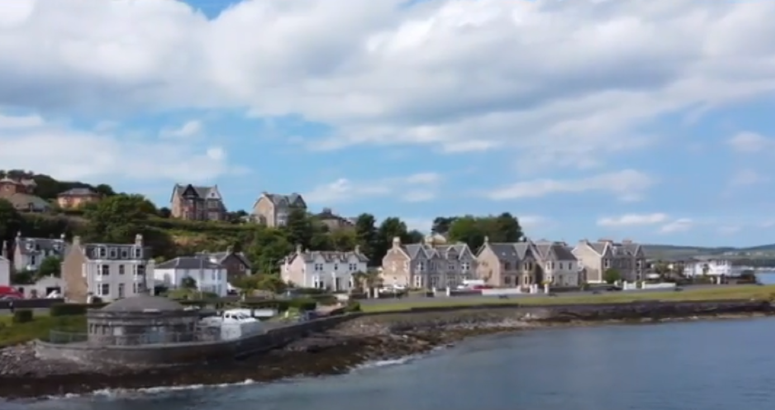 Time for a Makeover

WATCH: Our short film explains the work that's being done here to improve the appearance and structure of the iconic Bogany Point Pumping Station.

Its grand façade has remained intact and it is a busy landmark for visitors. However, the structure has suffered some damage over the decades, including loose stonework and broken windows.

Following feedback from the local community, Scottish Water has now begun work to restore the building to its former glory.

The external works are specifically for improving the listed building’s appearance and in the interests of ensuring the site’s continued use.

Some of the vital repairs include works to the cast iron rainwater downpipes, cleaning and painting, window maintenance, improvements to the wrought iron gates, upgrades to the roof and repointing works.

Scottish Water contractors WGM are delivering the project which will also require input from specialist stonemasons.

Project manager Duncan Reid said: “Bogany Point is part of Scottish Water’s waste water infrastructure that we maintain. It’s an iconic structure and we'll hopefully get a lot of tourists down here over the summer period, taking a walk along the front or out on their bikes. They’ll be able to stop at the station and admire the improvements we’ve made – it’s a lovely spot for a rest.”

“We are delighted that we can deliver this improvement for the local community who are rightly very proud of their town and its seaside heritage. With so many people staying at home this summer, we’re doing our bit to ensure Scotland looks its best.”

Investing in the Rothesay Community

Rothesay has a very proud history as an affluent seaside resort during the late 19th and early 20th centuries. As well as stunning buildings and architecture of that time, the town boasts an award-winning example of Victorian toilets at Rothesay Pier - beautifully restored and still in use today.

Now Rothesay, along with many of Scotland’s most popular beauty spots, is enjoying a staycation boom as Brits opt to stay at home while continued travel restrictions due to the Covid-19 pandemic threaten foreign travel.

Speaking about the improvement works, Georgina Reid, Scottish Water’s corporate affairs manager in the west, said: “We held a public information event in Rothesay back in 2019 when we were undertaking other works to our infrastructure and storm pumps next to the building.

“Local residents brought up the subject of the building and Scottish Water agreed that this was a project would have a beneficial impact on the structure’s overall appearance and its immediate surroundings as it is a very busy meeting spot.

“We are delighted that we can deliver this improvement for the local community who are rightly very proud of their town and its seaside heritage. With so many people staying at home this summer, we’re doing our bit to ensure Scotland looks its best.”

The improvement works are expected to be completed by mid-August 2021.