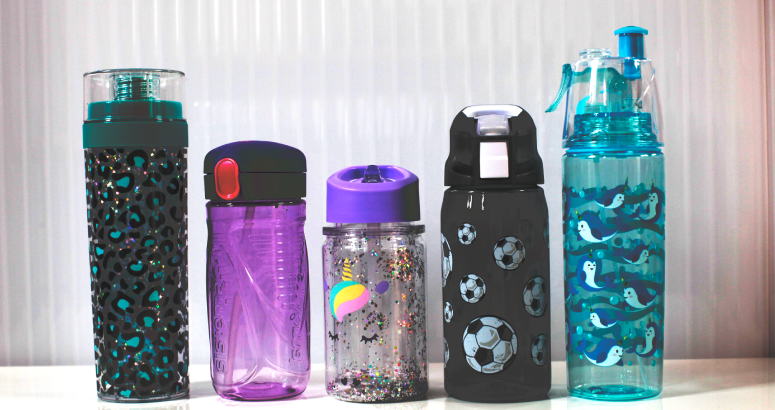 Top up From the Tap

Pupils returning to the classroom in Scotland are being encouraged to make topping up from the tap as much a part of their daily school regime as planning their lunch.

And they’re hoping to inspire family and friends to change their water drinking habits for good.

Health and nutrition expert Annie Anderson is supporting a drive by Scottish Water to remind both parents and children of the benefits of taking a reusable water bottle to use at school.

And she believes that by encouraging children to get into habit of filling up from the tap from an early age could convince parents and guardians to alter their behaviour when it comes to tap water.

Your Water Your Life is Scottish Water’s flagship campaign which aims to encourage people to top up from the tap to benefit the environment, their health and their pocket.

The public water organisation is calling on families to learn the early lesson on the importance of topping up from the tap, by making it an integral part of the daily routine. 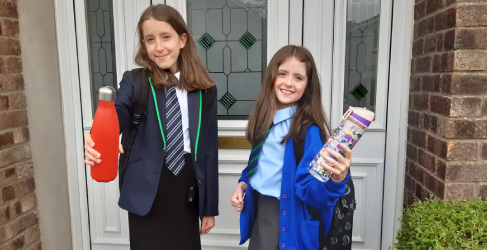 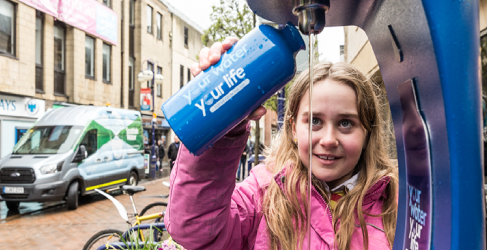 “We want to encourage as many people as possible – regardless of age - to keep hydrated. We believe that if everyone joins in, the positive impact on Scotland will be incredible. ”

Annie Anderson, Professor of Public Health Nutrition at University of Dundee, said: “Water is one of Scotland’s key health resources, but that is no secret.

“Maintaining good fluid balances is important in all seasons and there is no better way to do this than drinking good, fresh Scottish tap water.

“Ensuring children have regular water intake throughout the school day is a vital aspect to maintain good health and a healthy learning environment.

“The new school term is a great time to implement new habits – making topping up from the tap just as important as planning what you’re having for lunch.

“Hopefully we can inspire families to add this action into their daily routine and start the new term off with a healthy habit for all the household.

“There really is no reason why parents can’t be encouraged by their children to head off to work or their leisure or sport activity with their refillable water bottle – and for this to be their accepted habit going forward.”

Prof Anderson’s main interests include understanding factors that influence the promotion of lifestyle change and the impact of theory based, behaviourally focused dietary and obesity interventions.

To encourage people to stay hydrated on the go, a network of Top up Taps is being installed throughout the country.

The Top up Taps are part of the Your Water Your Life campaign, which was launched in June 2018 to emphasise the vital role water plays in the lives of people across Scotland.

The first of the Top up Taps was installed in Edinburgh outside the Scottish Parliament in October 2018 and there are now almost 60 in place across the country.

The network includes taps at the start/end of the West Highland Way as well as locations in towns, city centres, parks, woodlands and beaches across the country.

Brian Lironi, Director of Corporate Affairs at Scottish Water, said: “At Scottish Water we believe every child needs to be aware of the benefits of a reusable water bottle – and of just how easy it is top up with tap water.

“In these changing times it is more important than ever to take a refillable bottle with you and have your own fresh, clear water while you’re on the go.

“We want to encourage as many people as possible – regardless of age - to keep hydrated. We believe that if everyone joins in, the positive impact on Scotland will be incredible.

“So far Scotland has saved more than the equivalent of 600,000 single use plastic bottles through refills at our taps, so It’s also an important way to reduce litter.”

The individual Top Up taps are connected to the mains water supply and are inspected regularly. The units digitally track how much water has been issued and records both the cost and plastic savings.