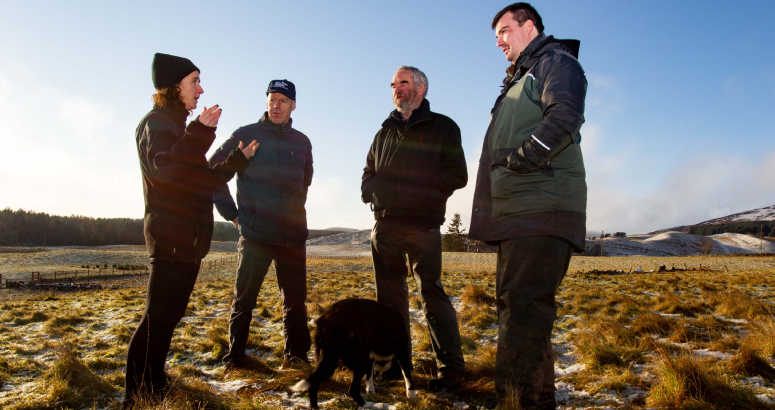 Having land security means Kevin can now plan on how to develop his farm with confidence.

A Blairgowrie man has achieved his dream of becoming a full-time sheep farmer after securing a tenancy on Scottish Water-owned land in Glen Isla.

The 150 acre farm ‘starter unit’ at Newton, near Loch of Lintrathen, was made available via the Scottish Government’s Farming Opportunities for New Entrants (FONE) scheme designed to increase opportunities for new people to enter the industry.

Kevin Cuthbertson (30) first became interested in farming through a chance encounter as a teenager and had clocked up years of experience working for other farmers before going on to purchase his own flock of 50 sheep.

However, his ambition of owning a larger flock and dedicating himself to his own farm on a full-time basis was hampered by a lack of long term security around land rental.

Kevin said: “I have been wanting to set up on my own since I was 16, but I just haven’t had the security of the land to do it. You need a lot of money to set up on your own and be able to buy a farm – it is not easy to cover the mortgage just from sheep farming.

“The FONE scheme has given me the security that I need and it allows me to plan ahead and develop the farm, which is really exciting. I now have around 370 sheep including some North Type Black Face sheep which I have wanted to get for a long time as it is a breed I’m very interested in.” 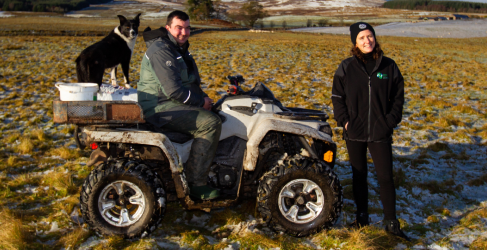 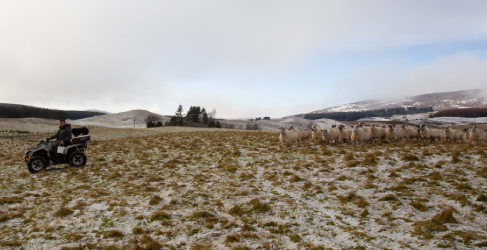 Scottish Water, along with organisations such as Forestry and Land Scotland and some local authorities, work with the Scottish Government through the FONE initiative to identify and release more public land for new farmers to encourage a new, younger generation of farmers.

Since 2017, FONE has helped facilitate entry to around 70 new entrants by providing over 100 land opportunities across 7,000 hectares of land.

Looking back at how his interest in farming was sparked, Kevin said it stemmed from getting involved in helping his neighbour Keith Webster with the sheep after his family moved house when he was 13.

“I asked if I could help him move the sheep and that was it,” Kevin said. “Every day Keith would come past, and I would go and help him; then when I was a bit older, I would help before and after school every day. I got so much experience from him over those years.

“It was actually Keith that encouraged me to submit the application to the FONE scheme. I didn’t think there was any point applying as it would be so popular but he told me to. It was a great feeling when I got the call to say I had been successful and was getting the farm.”

Rural Affairs Secretary Mairi Gougeon visited the farm this week to see how the scheme has helped Kevin with his farming ambitions.

Ms Gougeon said: “It is fantastic to see what Kevin has achieved since he secured this starter unit through the Farming Opportunities for New Entrants Group. I want to thank him for taking the time to show us around and highlight a great example of the Group in action. I’d also like to thank Scottish Water for their involvement in making this land available for Kevin and for their continued work in identifying and making public land available for new farmers.

“We recognise there are considerable challenges to entering the sector including access to land. We set up the Farming Opportunities for New Entrants group in late 2016 to provide a co-ordinated approach to developing opportunities for new entrants and over the last five years we’ve helped around 70 new entrants, including Kevin, into the agricultural sector.”

Archie Macgregor, Scottish Water’s Land and Property Development Manager, said: “We’re delighted to be able to help Kevin realise his ambitions of developing his flock and to offer him the security he needs on his land tenancy to be able to do that.

“This is the fourth starter farm that we have been involved in leasing and we are proud to help enable more people to make a start in the farming industry as part of the FONE initiative, bringing fresh drive and innovation to the sector.”
Scroll to top