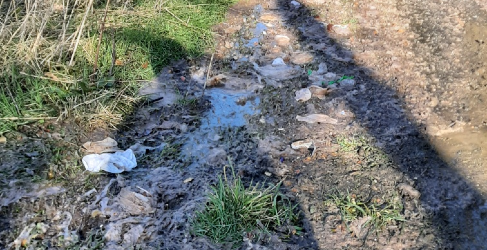 Concerned visitors were confronted with wipes and other sewer detritus strewn across a well-used path at the Trust’s Seafar Wood reserve in Cumbernauld and called Scottish Water to attend.

“We are seeing increasing incidents of manhole covers overflowing with sewage at Seafar Wood in recent months, as well as at our other wildlife reserves in the town.

“We would definitely urge people to think twice before flushing anything other than the three P’s (pee, poo and toilet paper) down the toilet.”

Scottish Water is asking the public to join forces to avoid sewer blockages (chokes), flooding, and pollution by consigning wipes to the bin.

Georgina Reid, Scottish Water’s corporate affairs manager in the west said: “Nationwide our teams deal with around 36,000 blockages a year at a cost to our customers of £7 million.

“The message is clear – please bin the wipes and help us protect the environment. They are the most common cause of pollution at our beaches and watercourses, especially during storms and heavy rain.

“Given the challenges of tackling climate change and how widely wipes are used it is doubly important they are disposed of properly – and that’s in the bin.”

Last year plans for the Urban Water Route map were announced which will see up to £500million invested to enhance the water system across Scotland.

These will include monitoring at Combined Sewer Overflows (CSO’s) which effectively act as release valves during periods of heavy rain.

Georgina Reid added: “The sewer systems in many of our towns were originally built by the Victorians around 150 years ago.

“While we work hard to upgrade these and support new developments, everyone can play their part by considering what they don’t flush and don’t put down the sink.” 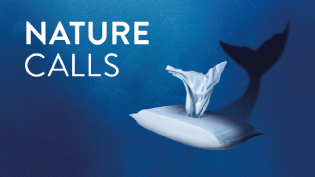 Many wipes are made with plastic. Protect our rivers and beaches. Bin the wipes.
Scroll to top