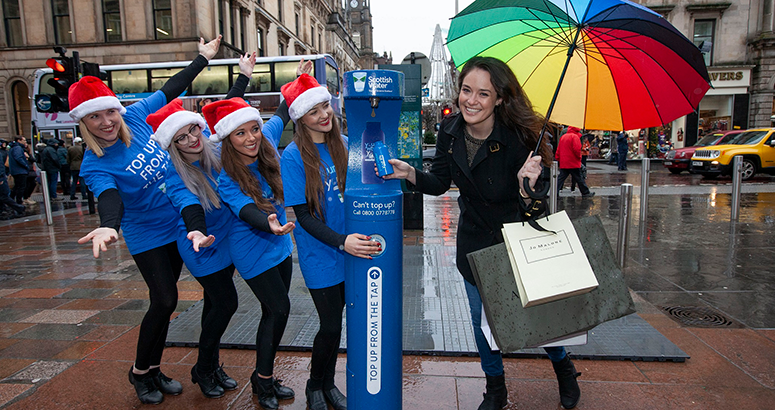 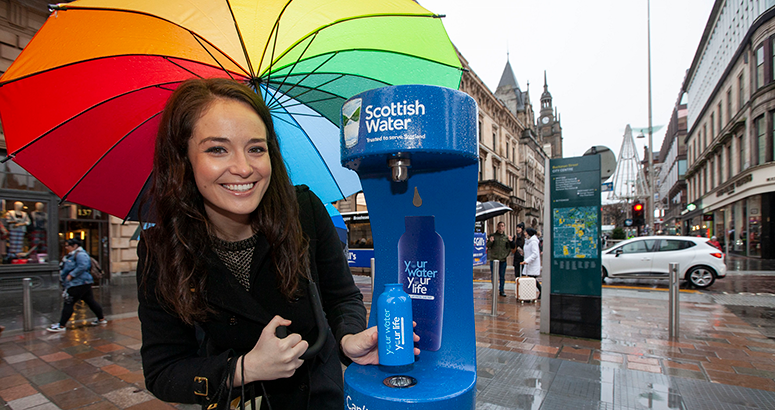 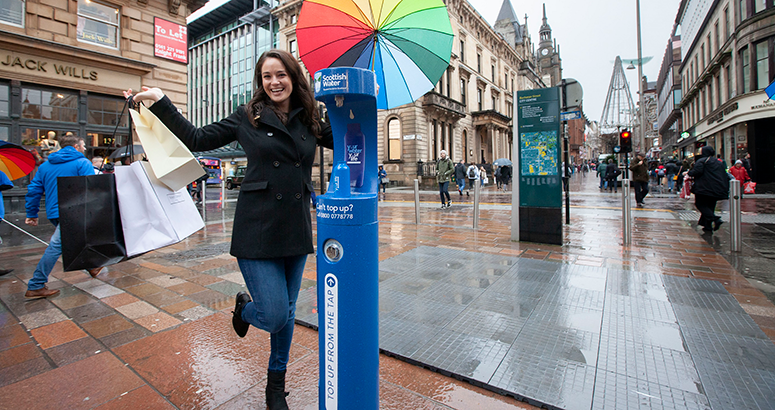 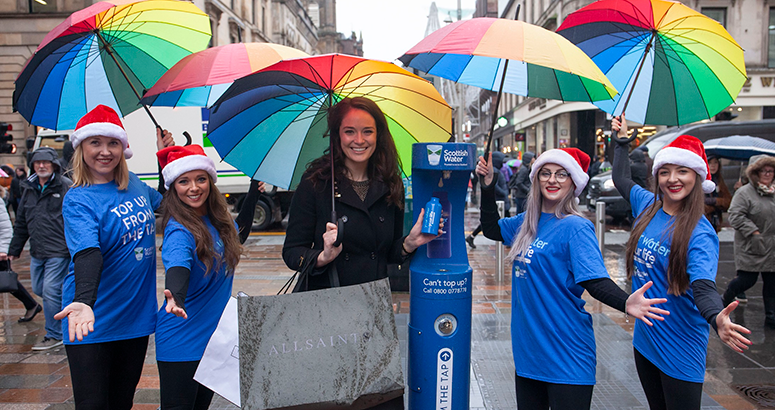 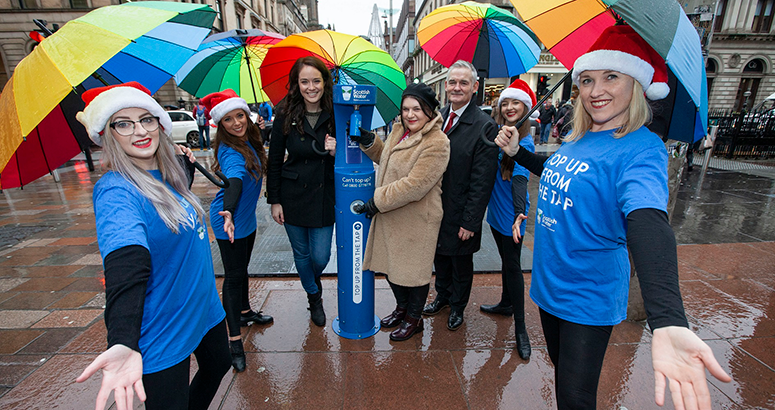 Scottish Water’s latest Top up Tap will be switched on in Glasgow’s bustling Buchanan Street today to keep festive shoppers hydrated in the countdown to Christmas.

TV personality Jennifer Reoch took a break from picking up presents to be the first to fill her reusable bottle from the Style Mile Top up Tap, handily located at the junction with St Vincent Place.

Glasgow City Council Leader Susan Aitken welcomed the switch on, as she announced the Council’s intention to introduce further Top up Taps in the future to complement the city’s Avenue’s Programme.

The latest high-tech unit - the third to be installed since Scottish Water announced its intention to create a network of 30 across the country – will offer people of Glasgow access to fresh, clean drinking water at the push of a button.

The creation of a Top up Tap network forms part of Scottish Water’s ‘Your Water Your Life’ drive to encourage people to carry a reusable bottle and refill on the go, for the benefit of their health, their pocket and the planet.

The unit, which is connected to the mains water supply and inspected regularly, digitally tracks water usage, helping record both cost and plastic savings.

“This is such a brilliant addition to the city, particularly in the run up to Christmas when people are running about getting organised. I can imagine it’ll be well used in the new year too when people are on a health kick after the festive celebrations.

“I always have a reusable bottle of water on me, so having places where you can easily top up is a great idea. I hope people remember their bottles and use it daily, it's great for being environmentally conscious and of course we all know Scotland’s water is the best!”

The first Top up Tap was introduced in Edinburgh in October, with Ayr’s tap unveiled in December.  Plans are on track to have the first ten Top up Taps installed by the end of March 2019.

Peter Farrer, Scottish Water Chief Operating Officer, said: “We’re delighted to have worked in partnership with Glasgow City Council to bring this Top up Tap to such a prime position in the city, and hope it will be well used by the many who pass through one of Scotland’s best known and most popular thoroughfares.

“We know our customers want access to places where they can top up with high-quality drinking water when on the move.  Through the creation of this network, and with the support of businesses across Scotland, we hope to effect this change and help people save money, boost their health and help reduce waste in the environment.”

Councillor Susan Aitken, Leader of Glasgow City Council, said: “It’s great that Glasgow now has a Top-up Tap in such a prominent, well-used part of the city. We all need to keep hydrated but unfortunately as a city we throw away over 350,000 plastic bottles each day as we try to quench our thirst.

“Having a Top-Up Tap means you can still refresh while on the move, but will also assist the effort to end our reliance on single-use plastic bottles. As a city we are committed to reducing our use of plastic and having water freely available to the public will help us achieve this aim.

“Glasgow’s tap water is easily as refreshing as anything you can buy in a bottle. The Top-Up Tap can help us save money and the environment at the same time.”