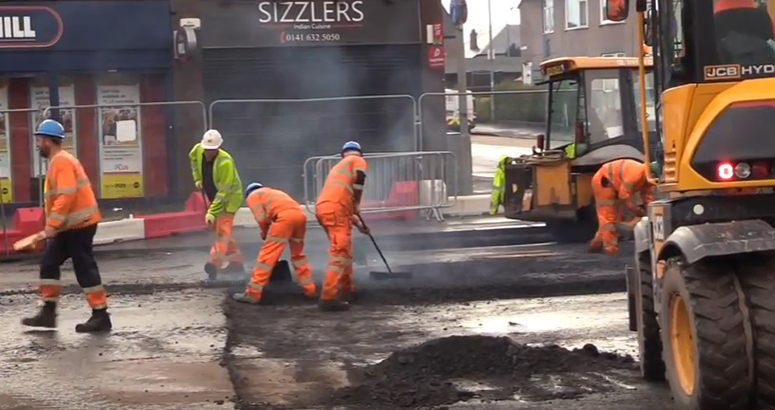 Scottish water has issued a short film to update the public on the work that's progressing on Aikenhead Road, Glasgow to improve the city’s sewer network.

The utility's latest film shows the extent of the improvement work which has been undertaken since the road’s closure at the beginning of January.

Scottish Water’s contractors Costain Vinci Joint Venture (CVJV) are installing a 55 metre stretch of new waste water pipe - or sewer - to increase capacity and reduce the risk of flooding to properties in the area and the roadway.

Speaking about the film, Ruaridh MacGregor, Scottish Water Corporate Affairs Regional Manager, said: “This short film shows the extent of the work that’s being carried out. We hope it helps our customers and commuters understand exactly why a road closure was necessary on this project.

“We appreciate it’s been an inconvenience for road users and the local community but the benefits of this work far outweigh the short–term disruption. Ultimately, the work will help protect the area from flooding long into the future.”

The work forms part of Scottish Water’s £250m investment in the upgrade of parts of the waste water network across the Greater Glasgow area to help tackle flooding and improve river water quality in the River Clyde and its tributaries.