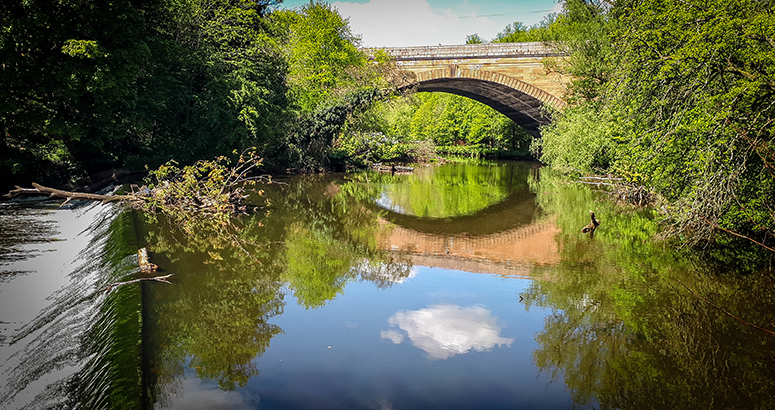 Scottish Water is about to start a major project on its waste water infrastructure in the West End of Glasgow to improve the environment and water quality in the River Kelvin.

Youngsters at a nursery in Glasgow’s West End recently heard about an upcoming environmental project to improve the River Kelvin.

A team from Scottish Water’s alliance partner amey Black and Veatch visited the kids at Kelvin Park Early Years Centre to tell them all about the £2.5 million project. Mascot ‘Honor Goodsite’ even made an appearance on the day!

During a short presentation, the nursery kids learned about the work on the first phase of the project which begins on Wednesday 27 June 2018 in the grounds of nearby Hillhead Primary School.

An engineer talked about the new infrastructure which will be built and told the kids how it will help stop items that people put down the toilet, but shouldn’t, making their way into the River Kelvin. The children also learned about the dangers and risks of construction sites.

Speaking about the visit, Ms Anne O'Reilly, Head of Kelvin Park Early Years Centre, said: “It has been really great to be involved early before the project started. We really feel that we have been part of the project from day one and look forward to getting involved more in the future. The work with the nursery so far has been a model of community engagement.”

Michelle Moloney, a civil engineer working with amey Black and Veatch, was there at the visit. She said: “What fun we had at Kelvin Park Early Years! It was so enjoyable to chat with the children and show them some examples of civil engineering. We chatted about the road they came to school on, the bridges over Glasgow’s’ Clyde and, with probably the most excitement, the children chatted all things Lego and with great enthusiasm told me their examples of Design & Build - a top day!

Gill Stevenson is a senior recruiter with amey Black and Veatch and joined the others on the visit. She commented: “When recruiting we’re always looking to the future. Creating positive role models from an early age is important to our business and equally we have a responsibility to invest in community schemes supporting the engineering industry.

She added: “Diversity and inclusivity is at the forefront of our recruitment strategy as we thrive on a dynamic and versatile work force.”

The new Combined Sewer Overflows (CSO’s) are being installed at three key locations on the banks of the River Kelvin; Otago Street/Otago Lane, Westbank Quadrant and near the bandstand in Kelvingrove Park.

Designed to help prevent items such as rags, baby wipes and plastic cotton buds from overflowing into the River Kelvin during severe storm events, they will also help reduce the frequency and volume of waste water spillages in storm conditions.

More about this work to improve the overall environment of the River Kelvin for aquatic life, flora and fauna can be found here.

With the River Kelvin project set to ensure the environmental future of a key Glasgow watercourse, communities throughout Scotland are being asked to help shape water and waste water services in a nationwide consultation, Shaping the Future.