Scots Schoolchildren Get in the Know on H20 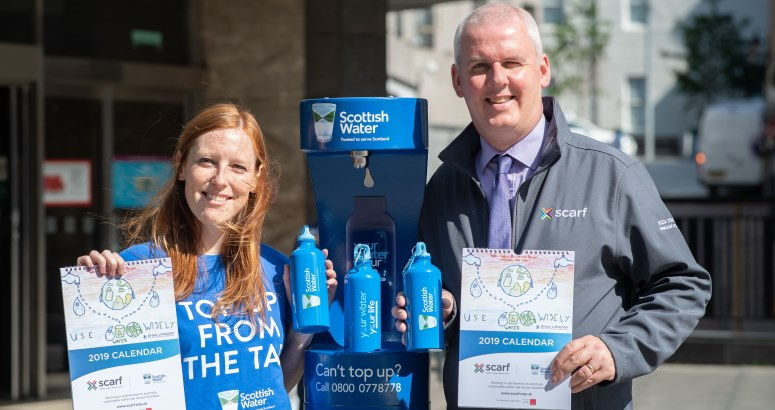 School children across the North-east of Scotland are being challenged by Scottish Water to come up with calendar designs based on a water efficiency theme.

The challenge is part of award-winning Scottish social enterprise Scarf’s 2020 Schools Calendar competition which has been launched in partnership with Scottish Water.

For 20 years Scarf has invited primary-aged children from across the North-east of Scotland - including Aberdeen City, Aberdeenshire, Moray, Angus, Dundee and Perth and Kinross - to draw a picture highlighting ways of being energy efficient and protecting the environment.

This is the second year of Scottish Water’s involvement with the campaign and pupils are now being given the opportunity to address the theme of ‘using water wisely’ by drawing a picture (either on paper or digitally), painting, taking a photo or writing an illustrated poem.

Teachers are also being encouraged to address the theme of water efficiency through a range of classroom activities being sent to all schools in the region as part of the entry pack.

Thane Lawrie, Chief Executive at Scarf, said: “We are delighted to once again be launching our School’s Calendar Competition. This is a fantastic way to engage with the next generation of energy users in efficient use of resources and ways to create a better future for the planet.

“Each year we receive hundreds of entries from across the region and this year we hope that offering the opportunity for digital submissions will allow pupils to let their creativity run wild and I can’t wait to see what they produce – I have no doubt our judges will have a tough task ahead!”

Thirteen winners will be chosen to feature in the 2020 Calendar which is distributed to MSPs, councillors and the public across the area and will get to attend an awards reception at the Scottish Parliament in Edinburgh in January.

Gillian Hay, Corporate Affairs Specialist at Scottish Water, said: “Using water wisely helps to protect the planet and there’s a number of really easy things people can do in their everyday life to help cut down on their water usage such as turning the tap off when you're brushing your teeth, taking a shorter shower instead of a bath and using a bucket instead of a hose to wash your car.

“Another way of helping the environment is to carry a reusable water bottle and refill it with tap water whenever you’re out and about – as part of our Your Water, Your Life campaign, we’re rolling out Top Up Taps in locations around Scotland to help our customers do just that.”

She added: “We’re very pleased to have the opportunity to work with Scarf again this year and highlight to children around the north-east how they can play their part in using water wisely. We want pupils to have fun and get creative with their designs and are very much looking forward to seeing the entries for this year’s competition.”