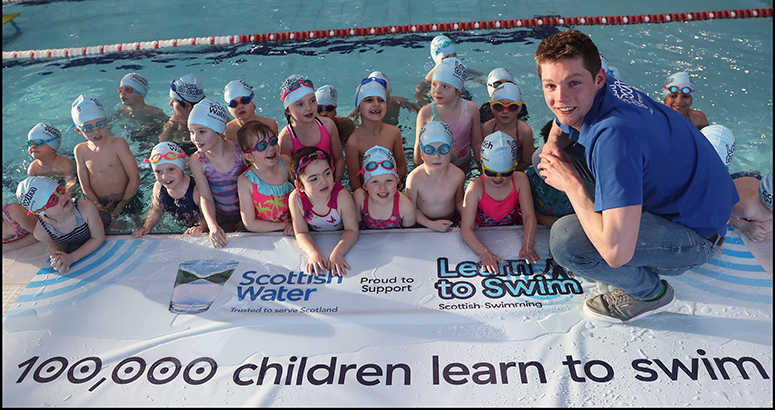 Kids from almost every region of Scotland are strokes ahead thanks to Learn to Swim programme.

“To reach this 100,000 target ahead of the deadline is a terrific achievement and one that everyone connected with the programme should be proud of.
”

A 100,000-strong new generation of young, safer swimmers has been created thanks to a successful partnership between Scottish Water, Scottish Swimming and Aquatic Providers across Scotland.

Children from almost every region of Scotland - some as young as babies - are benefitting from the Learn to Swim Framework which aims to help youngsters to become confident in the water.

The initiative, which is being delivered by 39 Leisure Trusts and Aquatic Providers in more than 170 pools across Scotland, had a target to reach a milestone 100,000 kids in three years.

Today it was revealed that nearly 106,000 have benefitted from the programme with the target being reached two months ahead of schedule.

Scots pool hero Duncan Scott, the Learn to Swim programme ambassador who is in hard training for Olympic trials, joined a group of youngsters at The Peak pool in Stirling to praise the success of the partnership – which he helped to launch three years ago.

Duncan, a multi Olympic, World, Commonwealth and European medal winner, said: “As someone who loves beating records, it is amazing to see that the programme has not only reached its target – it has smashed it.

“Getting children into the pool so that they can have fun while learning how to stay safe is the number one priority. It would be fantastic to see children become interested in taking a love for swimming further.

“Whether they simply become regulars at the pool with their friends or whether this inspires the next generation of competitive swimmers who could one day represent Scotland or GB at the Olympics, nothing but good things can come from encouraging more and more children into the water.”

The Learn to Swim programme is part of Scottish Swimming’s National Framework for Swimming in Scotland, which aims to provide quality environments for children to learn to swim. Scottish Water’s decision to form a three-year partnership with Scottish Swimming has been instrumental in allowing the Framework to be rolled out across Scotland more quickly than planned.

The Learn to Swim Framework is aimed at youngsters from birth to 11-years-old and provides consistently high-quality teaching at least once a week and which progresses through a series of lessons and levels over a number of years. 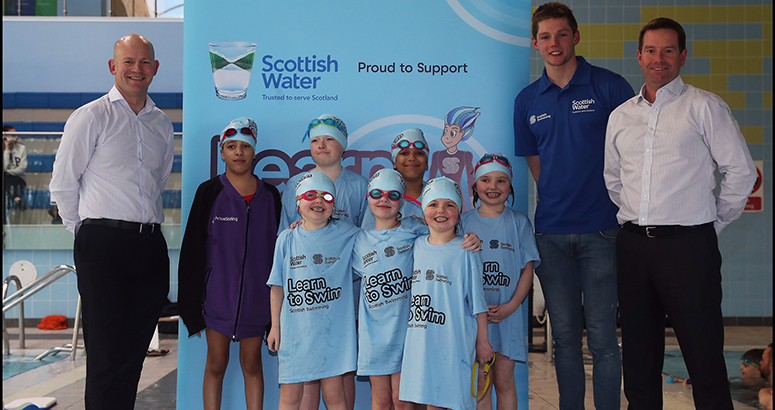 A key focus has been the drive to encourage more children with disabilities into mainstream swimming lessons, particularly through Scottish Swimming’s #SeeMyAbility campaign.

To underline that commitment, Toni Shaw, who won six medals at the recent World Para Swimming Championships, has been appointed as the programme’s second Ambassador – joining Duncan Scott.

Euan Lowe, Scottish Swimming chief executive officer, said: “When we set the ambitious 100,000 target three years ago we did not expect to meet this ahead of time. So to reach this ahead of the deadline – and some 6% ahead of target – is a terrific achievement and one that everyone connected with the programme should be proud of.

“The partnership with Scottish Water means more children than ever before are learning to be safe, confident and competent swimmers and we have been able to support partners by offering additional resources, enhancing the quality learn to swim experience the children and young people have. I’d like to thank Scottish Water for their ongoing support and all of the Leisure Trust and Aquatic Provider partners who deliver the lessons each week across Scotland.
“It is thrilling to see our common goals of equipping children with the skills they need to be safe in and around water are really starting to have an impact.”

Brian Lironi, Scottish Water’s Director of Corporate Affairs, said: “It’s truly amazing to think that more than 100,000 children have been given the chance to learn such a fundamental life skill over the past three years.

“We support a flourishing Scotland and there’s no better example of that than seeing 100,000 children have the opportunity to learn to swim.

“Our country is famed for its coasts, waterways, lochs and reservoirs and being able to enjoy these places safely and with confidence is at the very heart of Learn to Swim. There should be no barriers to young people learning to swim so we’re delighted to see so many children with disabilities taking part in the programme which we are enormously proud to support.”

More information on the National Learn to Swim Framework and #SeeMyAbility can be found on the dedicated website: learntoswim.scot 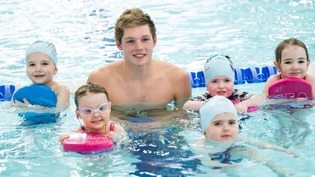