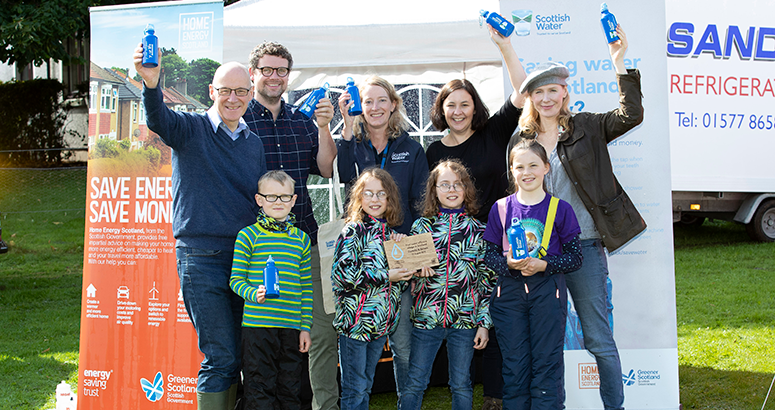 VIDEO: Two communities worked together to save more than 1 million litres of water in a year and the equivalent of 3.5 tonnes of CO2 which would have been generated.

“Our water is one of Scotland’s greatest assets, but it is also a precious resource that we shouldn’t take for granted.”

The community of Dunkeld and Birnam has been named Scotland’s first water efficient village after saving 1 MILLION litres of water in a year.

Scottish Water and its partner, Home Energy Scotland, set the community the water saving challenge, and worked with local residents and business to take simple steps to reduce their daily water usage.

The initiative was launched after members of Dunkeld and Birnam’s pioneering Climate Café asked Scottish Water for help to save water as part of their efforts to tackle climate change.

As this year’s historic Birnam Highland Games kicked off the community celebrated reaching – and exceeding - their 1 million litre water saving goal AND saving the equivalent of 3.5 tonnes of CO2 which would have been generated.

To mark the amazing achievement local MSP and Deputy First Minister John Swinney presented a special trophy to representatives of the Climate Change Café and the wider community.

Mr Swinney said: “The people of Dunkeld and Birnam have set a great example for others all over the country, and it is only right that they are recognised for their efforts to reduce water usage.

“Our water is one of Scotland’s greatest assets, but it is also a precious resource that we shouldn’t take for granted.  Using water wisely, whatever the weather, is a great way both to combat climate change and become more resilient to its effects.”

Some of the biggest water savings were made through simple changes, such as using watering cans instead of hosepipes for gardening or installing water butts outside to collect rainwater which can be reused.

The initiative was first launched at UnPlugged 2018, the community’s annual celebration of climate action and some thought the challenge would be tough.

Sally Robertson, local resident and editor of the community newsletter The Bridge, said:  “When Scottish Water launched their water saving campaign, a number of us including me and my husband, were incredulous.

“But we’ve had time to take on the message that we all need to save water and understand that clean, piped water is a precious commodity that requires a lot of energy to produce.

“We’ve become more aware that water is not ‘everywhere’ but something we need to use with care.”

Jess Pepper, Climate Café co-ordinator, added: “We’re proud that we’ve not only achieved our goal, but we’ve exceeded it. This has been such a great example of how to connect and empower a community through a national campaign.

“Scottish Water’s team encouraged us each step of the way, with reminders every month to keep people motivated and informed of progress.  Hopefully this is a model that can be used across Scotland.” 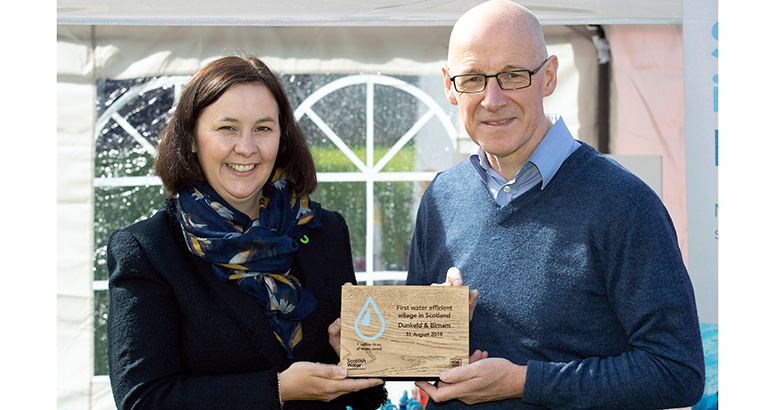 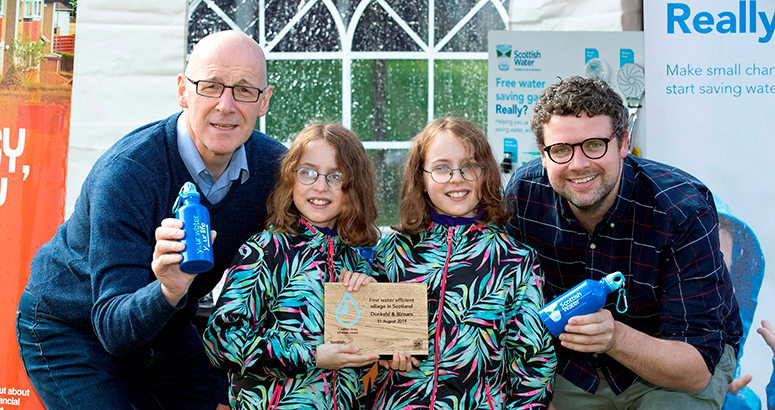 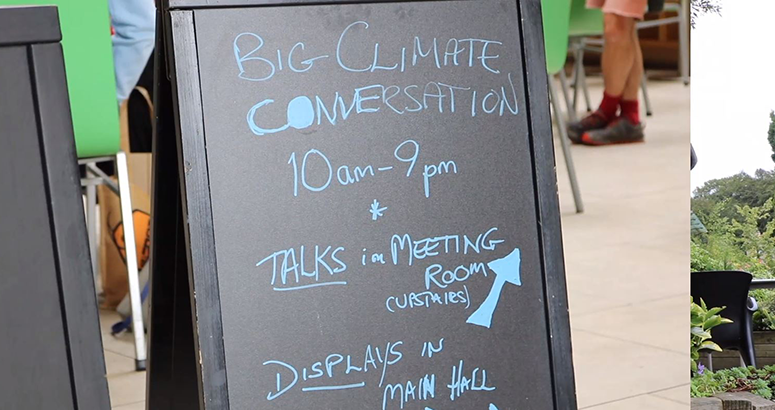 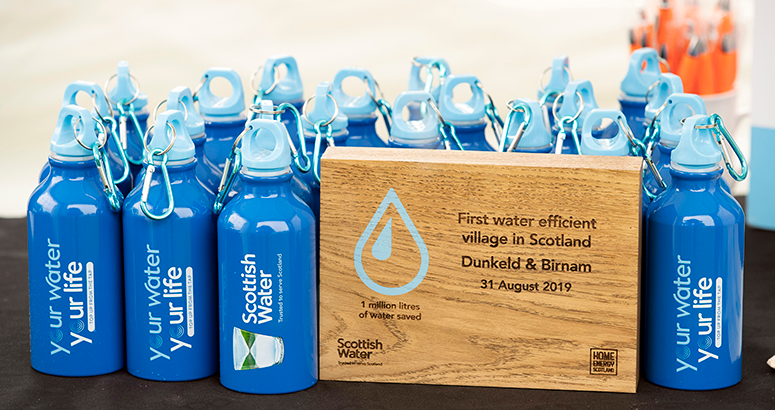 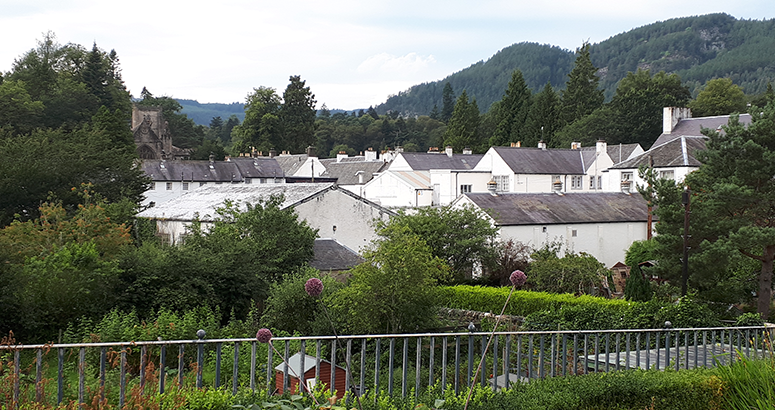 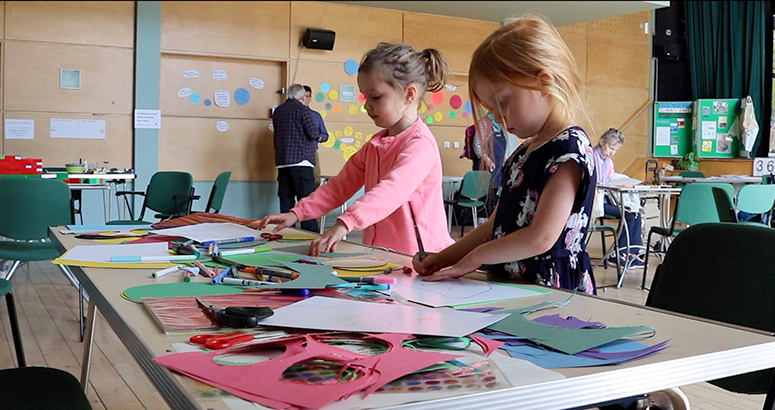 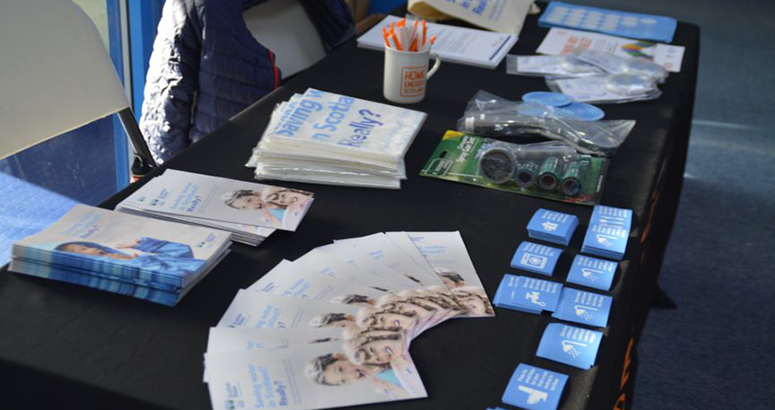 Elaine Hutchison, of Scottish Water’s Water Resources Team, has worked closely with the community throughout the project.

She said: “The residents of Dunkeld and Birnam have really embraced the challenge.

“We helped the community recognise the part that water efficiency can play in mitigating the effects of climate change, as well as minimising the amount of water that has to be taken from the local environment.”

In Scotland, on average we each use 165 litres of water every day, often without really thinking about it.

Elaine added: “By taking a bit more care, we can greatly reduce the large part of that water that currently goes straight down the drain, which is great news for the environment and for the long-term sustainability of our supplies of clear, fresh and great-tasting drinking water all over Scotland.”

Home Energy Scotland highlighted the carbon savings that water efficiency can support, as well as the financial savings customers can make on their energy bills.

Mike Thornton, Group Director of Operations at Energy Saving Trust, who manage the Home Energy Scotland advice service for the Scottish Government, said: “Saving more than 1 million litres of water is a great achievement and should be applauded as a best in class instance of water efficiency in action.

“Dunkeld and Birnam have shown how communities in Scotland can save water and energy and reduce carbon emissions to help tackle climate change.

“There are also savings on fuel bills, as about a fifth of the average Scottish household’s energy costs are from heating water.” 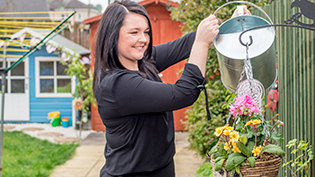