Record Water Use Prompts Call for Customers to Be Efficient

Stop Sewers Getting Murky When Cooking Your Turkey

Fats, oils and grease go in the bin 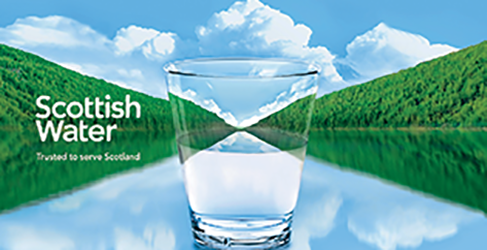 Festive cooks are being urged to think about their sinks this time of year – and feed their families and not fatbergs.

Christmas time is typically when the largest amount of fats, oils and grease (commonly known as FOG) enter the sewer network. Scottish Water is reminding people – those cooking at home and businesses serving festive meals – to be careful how they dispose of FOG. This includes not pouring things like cooking oil down the sink or loo.

More than half of all Scotland’s sewer blockages could be avoided if people stopped putting FOG into the network. The average turkey can produce around three-quarters of a pint of fat. If it’s put down sinks, it can form congealed lumps, called fatbergs, that can block the pipes, cause floods and pollute rivers and seas. So far this year, Scottish Water has dealt with more than 35,500 blockages – around 95 every day – at a cost of £6.5 million.

Scott Fraser, Regional Communities Manager at Scottish Water, said: “It might seem quick and convenient, but it could easily end up ruining your Christmas. These fats can quickly lead to a blockage which can cause flooding and bursts. It’s a common myth that if you wash away fats and oils with hot water and washing up liquid, it’ll be OK, but it has the same effect. The fat can quickly set in your pipes and build up, creating fatbergs.

“Our message is simple – when cooking your turkey, stop sewers getting murky. Please detox our drains this festive season by making sure fats, oils and grease go in the bin and not the sewers. If we all take time to dispose of FOG responsibly, it will make a real difference. Let’s all make sure we detox our drains for 2019.”
Scottish Water launched a pilot project in St Andrews in September to substantially reduce the number of blockages it has to deal with as a result of FOG being incorrectly disposed of by businesses which serve food. More than 160 businesses have been visited and given advice. Dozens have agreed to install grease traps to catch FOG and stop it going into the sewer – including the town’s Hotel du Vin.

The luxury hotel is one of many establishments serving festive food. It had two grease traps in place, but they were undersized and in need of an update. As a result of Scottish Water’s campaign, the hotel – which experts estimate generated around 2.5 tonnes of FOG a year – has just had two new, modern traps fitted. Hotel du Vin has begun looking at buying new grease traps for all 19 of boutique hotels across the UK.

Herve Bernier, the hotel’s manager, said: “We are an eco-friendly hotel, we have reduced cardboard and plastics and changed our lighting to be more efficient - so when we heard about this campaign, we jumped at the chance to upgrade the grease traps we have in the kitchen. We’ve been here for five years and those traps were here when we came, but we knew we needed newer, more efficient ones – as the ones we had could really smell, so much so, I felt bad for the staff having to empty them.

“We feel we have a duty to our customers to be environmentally responsible, as well as to the business community here and for the town itself. No business would want to be to blame for blockages that cause flooding or pollution. So, we were very happy to support this forward-thinking Scottish Water campaign by taking action immediately.”

Network Protection Officers from Environmental Compliance and Services (ECAS) have been visiting food service establishments on behalf of Scottish Water – in a bid to help them become FOG compliant. ECAS Operations Director, Robert Lynch said: “Herve sets a great example for all hotels out there. His commitment to protecting the drains of St Andrews, goes beyond his duty as a hotelier – he’s actually very passionate about the environment.

“Our work on behalf of Scottish Water is gathering pace. We have approved a number of plans from food businesses, who are in the throes of getting the right equipment in place. And we’re busy answering their questions and concerns around what steps they need to take. So, 2019 looks good for the sewers of St Andrews and beyond.”