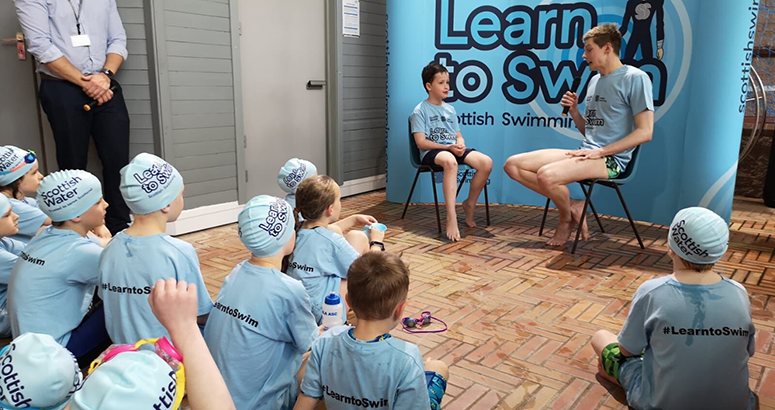 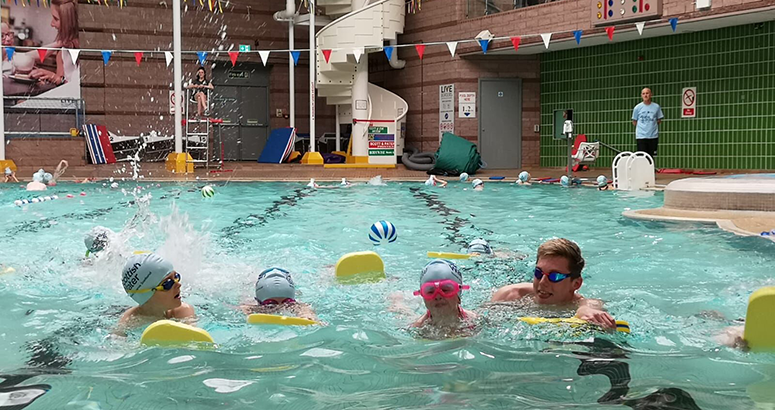 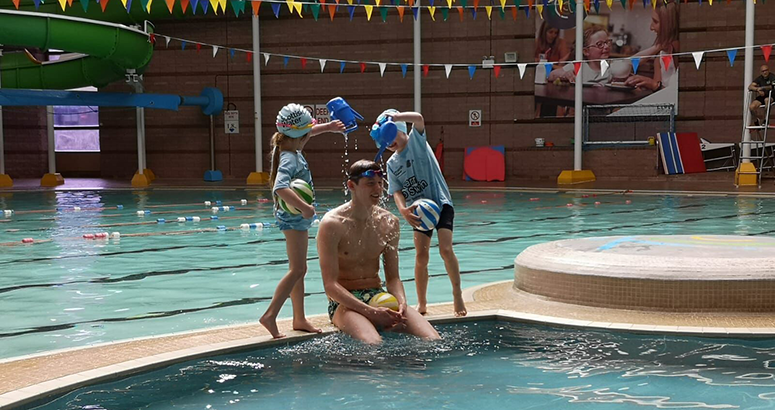 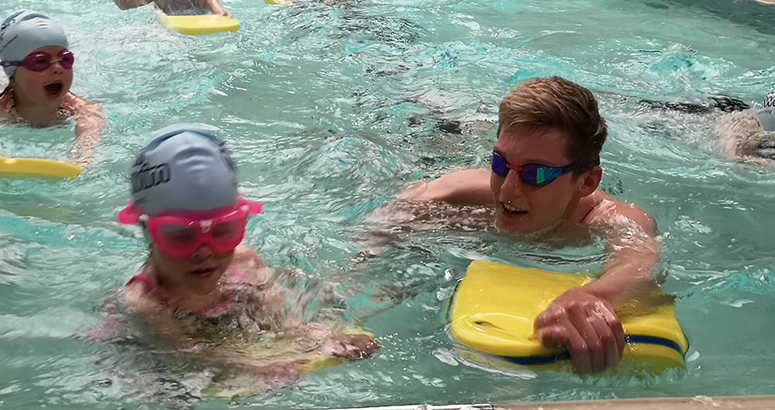 Scotland's Kids are In the Swim

More than 75,000 children throughout Scotland are already involved in Scottish Swimming's Learn to Swim Programme, supported by Scottish Water.

Borders kids dived into the month of May by swimming with one of the country’s most successful sports stars.

Elite Scottish swimmer Duncan Scott spent the day with over 60 children on the Learn to Swim programme at Teviotdale Leisure Centre in Hawick, and the culture and leisure trust Live Borders is calling for more pre-schoolers to sign up to lessons.

Amanda Blacklock, Aquatics Officer at Live Borders, said: “It was an afternoon to remember – there’s no doubt about that.

“The children were full of enthusiasm for the sport as they bounced out the leisure centre with photos and signatures from one of Scotland’s most celebrated sportsmen in hand.

“We now have space for more pre-schoolers to join the lessons so we encourage anyone who’s interested to come forward, learn more about the classes and book their kids in before the spaces fill up.”

There are already over 3,000 Borders kids participating in the Learn to Swim programme – 653 of them are under 5 years old.

They also got the chance to ask the 21-year-old, who takes on the role of Learn to Swim Ambassador, for his advice on training and technique in an open Q&A session.

The Learn to Swim programme teaches children of all abilities, starting from as young as early infancy. It is delivered by Live Borders, in partnership with Scottish Swimming and Scottish Water.

Olympic silver medallist Duncan, who has won multiple awards over the past few years including six medals at the Gold Coast Commonwealth Games in Australia and Scottish Sportsperson of the Year 2018, said: “I had such a great day in Hawick.

“After competing in national events, it’s so nice to be able to come back to the grassroots and motivate those at the beginning of their swimming journey.”

Scottish Swimming and Scottish Water’s target is for the Learn to Swim programme to reach 100,000 children across Scotland by 2020. There are already more than 75,000 kids – including 5,600 pre-school children - on the programme.

Ally Whike, Performance Director of Scottish Swimming, said: “Swimming is a fantastic sport – but it’s a key life skill, too. With an estimated 40% of children unable to swim by the time they leave primary school, it’s crucial to roll out this National Framework for Scotland.”

Brian Lironi, Director of Corporate Affairs for Scottish Water, said: “Scotland is a nation which has many miles of rivers, reservoirs, lochs and coasts which are there to be fully enjoyed. By encouraging so many children across the country into swimming pools, Learn to Swim is providing youngsters with a vital life skill – to be able to swim with confidence and enhance their safety around marine environments and waterways. We’re enormously proud to support the Learn to Swim programme as it helps to build the next generation of confident and safe swimmers.

"It’s all about using the great water we have in Scotland to promote good health. That’s why we’re also encouraging young swimmers to stay hydrated - and top up from the tap to maintain performance in the pool.”

The impact of the Scottish Swimming ‘s National Learn to Swim Framework supported by Scottish Water is huge – a recent study found a staggering approval from parents and managers tasked with delivering its objectives all over Scotland.

The Learn to Swim Framework helps to create quality Learn to Swim environments for children from birth upwards, where they can become competent, confident and safe swimmers with opportunities to progress through the aquatic pathway and to swim for fun.

For more info on the Learn to Swim Framework: Scottish Swimming