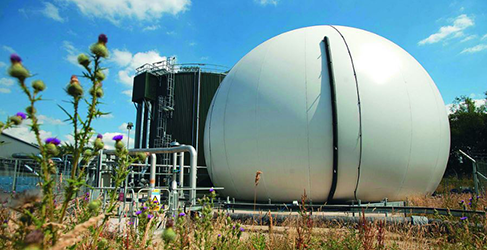 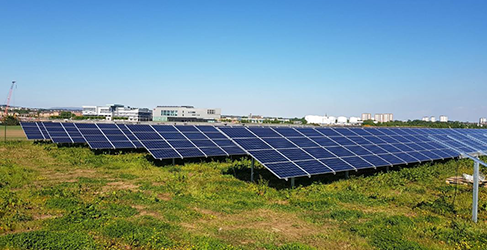 Scotland’s water and waste water works are being powered by more self-generated renewable energy than ever in a significant step towards reductions in carbon emissions.

More than 70 of our sites across the country have become self-sufficient or partly sufficient through use of hydro, wind, solar and waste conversion means last year we used less power from the national grid.

Over the past six years, we have increased renewable energy self-generation capacity to 63 Gigawatt Hour (GWh) annually – three times the capacity available in 2013.

Combined with a range of energy efficiencies being achieved across the organisation, we are achieving regulatory renewables and energy targets ahead of schedule.

Figures highlighted by Scottish Water during Climate Week show we now self generate 35 Gigawatt hour (GWh) per annum of energy – enough to power around 11,000 homes a year.

Scottish Water is one of the biggest users of electricity in the country and consumes about 440 GWh per year of grid electricity at its sites. We are committed to becoming net zero by 2040, five years ahead of the national milestone.

Fraser Purves, Energy Manager at Scottish Water, said: “As a significant user of electricity a key objective is to reduce our reliance on grid power to make us greener and reduce operating costs.

“In 2018/19 our sites self-generated more than ever before. This was down to ongoing investment at various locations throughout the country.”

Scottish Water Horizons, the utility’s commercial business that works to encourage growth and invest in renewable technologies, has made a significant contribution to our renewable programme.

“Already we have a strong pipeline of further sites of various sizes and stages of development to increase the sustainability of Scottish Water’s operations and help drive forward its net zero goals.”

This was done by hosting third-party private generation, including large-scale windfarms, along with working with local communities and land-owners, to identify suitable Scottish Water sites which can purchase power via private wires from local community-owned renewable assets

In 2015 the utility announced plans to save 17.5GWh by 2021 – the most ambitious energy saving drive it had ever undertaken. As well as reaching this target ahead of time it has brought about the savings under budget.