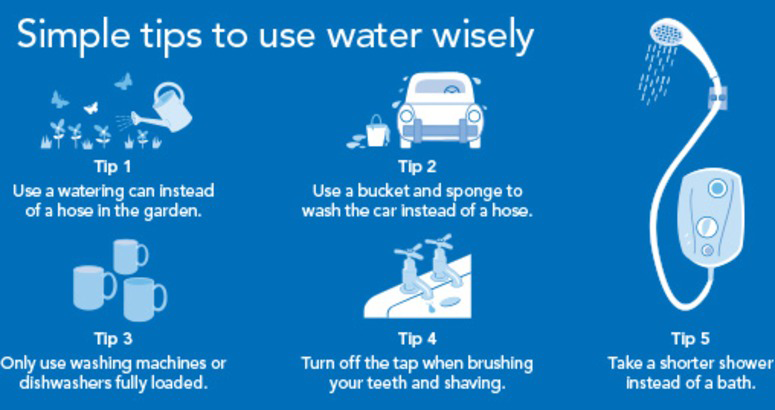 Scottish Water is asking customers to continue using water wisely in two areas of the north where lochs and reservoirs remain significantly lower than normal.

Scotland has experienced the driest six month period since 1984, with a particular lack of sustained rainfall affecting East Sutherland and part of Moray, despite the more unsettled weather recently.  As a result, the water sources which serve these areas remain much lower than normal levels for the time of year.  The utility has issued a targeted message to customers in Golspie, Brora, Helmsdale and Rogart, as well as in rural Moray communities such as Dallas and Miltonduff which are served by Glenlatterach Reservoir.

Despite some more unsettled weather and continuing work by Scottish Water engineers to sustain supplies, there has not yet been a significant recovery in loch levels.

Customers across the north played an important part in reducing demand earlier in the summer.  Residents in these areas where water resources remain particularly low are being urged to renew their efforts by taking simple steps in around their homes and gardens, such as:

Scottish Water has written directly to customers in the affected areas and is also asking businesses to consider their usage and how they can use water more efficiently.

Peter Farrer, Scottish Water’s chief operating officer, said: “We are grateful to customers across the north who responded to our request for them to use water wisely this summer.  By many people doing small things like using a watering can in the garden instead of a hose, and only using dishwashers and washing machines when fully loaded, a big difference has been made.

“We continue to monitor the level of the lochs that provide water for local communities closely.  The catchments that serve East Sutherland and part of Moray have seen a particularly low level of rainfall and, as a result, water levels remain significantly lower than normal for this time of year.  I would ask customers in these areas to keep supporting us into the autumn by continuing to use water wisely, whatever the weather.

“It will take significant rainfall over a long period for storage levels in lochs and reservoirs to recover.  When this occurs, customers’ help can make a big difference to the speed at which the resilience of the supply improves.”