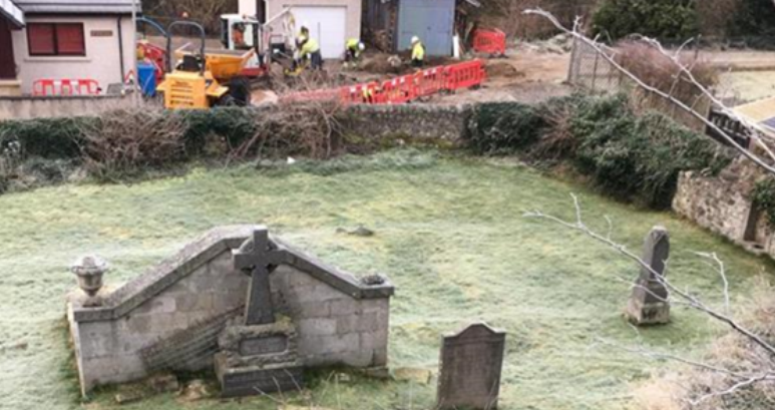 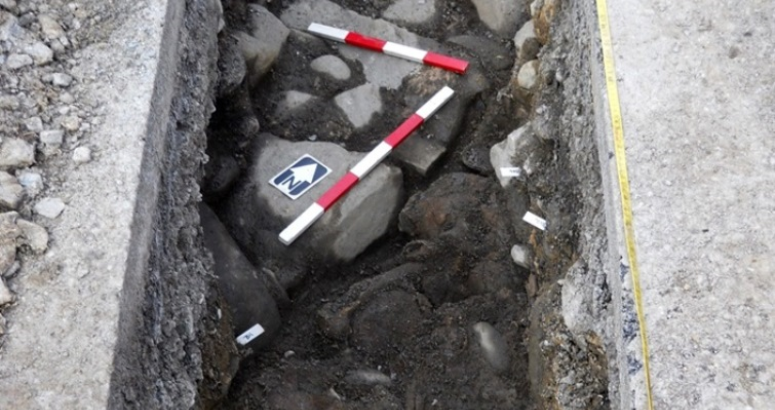 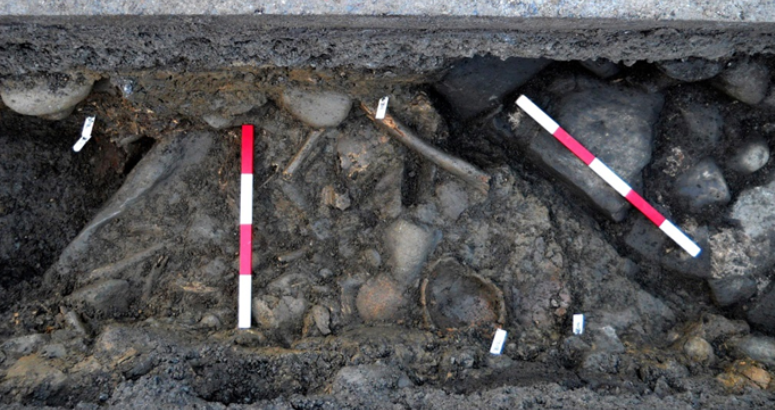 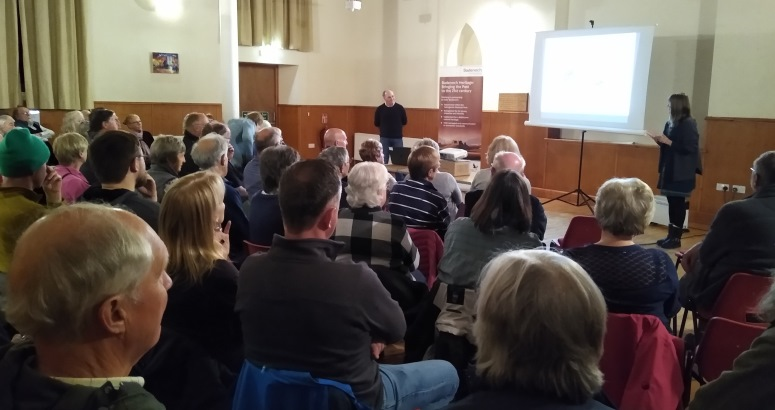 A glimpse of Kingussie's earliest days

“We're really only at the beginning of the story and there may be a lot more this site can reveal in the future.”

The discovery of human bones during work to renew Kingussie’s water network has yielded new evidence of the Badenoch capital’s beginnings as a religious centre.

A team from Scottish Water was working in the town’s Mill Road late last year to renew a length of water main – to ensure that customers in the area continue to receive a high quality and reliable water supply.

At the request of Highland Council’s Archaeology Team, a specialist archaeologist was engaged to monitor the work alongside the Mill Road cemetery, where some records suggested the possible presence of a Carmelite Friary.  When human remains were found in the trench, work was stopped and, after initial consultation with Police Scotland, careful excavation took place to document the find.

Now post-excavation analysis, including radiocarbon dating, has confirmed that the human remains date from the 14th century heyday of the Carmelite Order, widely known as the White Friars.  Even more excitingly, evidence of metalworking found within part of the trench dates back much further, to between the 8th and the 11th century.  This is consistent with the earliest settlement in Kingussie based around a chapel linked with the Order of St Columba.

During Highland Archaeology Fortnight, Steven Birch of West Coast Archaeology, who carried out the work gave an update to a packed hall at Kingussie’s Talla nan Ros.  Last month, an event was also held at Kingussie High School to share the findings with students.  Both events were organised as part of the Badenoch Great Place Project.

Steven Birch said: “The work that has been done has produced exciting results which add a great deal to our knowledge of Kingussie’s early history.

“Although our work was limited to the trench which was opened as part of Scottish Water’s project, we now have a clear idea of the position of the former Carmelite Friary.  The fragmentary burials found within its walls are consistent with what is known at other sites from this period, shedding light on the community’s life well over 500 years ago.

“We knew there was a possibility of an earlier chapel with Columban foundations dating back to the Early Medieval period, which is believed to be the earliest settlement at Kingussie.  Evidence of metalworking found in the trench supports the theory that the town began here on the banks of the Gynack Burn.  There are interesting parallels with other early religious centres in the north of Scotland at Iona and Portmahomack.  Even while this phase of work is coming to its conclusion, we’re really only at the beginning of the story and there may be a lot more this site can reveal in the future.”

Records from the period reflect that the secular centre of life in Badenoch throughout this period was at Ruthven.  Kingussie is known to have been established as a religious centre although its function would have extended to education and technology.  It was centuries later before it ultimately displaced its neighbour on the opposite side of the Spey.

Ailsa Shaw who was Scottish Water’s Project Manager for the work in Mill Road said:  “When you first hear that human remains have been found, your natural reaction is concern.  Even once it is confirmed that the bones are very old, there is a lot of work to be done to investigate and record what has been found, while also ensuring the water network can be renewed and the road returned to a usable condition as soon as possible.

“It’s been fascinating in this case to see such a significant part of the area’s past being revealed.  We’ve been pleased to be able to support Steven’s work over the last year – and particularly that he was able to return to Kingussie to share his findings first with members of the local community, as well as with a wider audience during Highland Archaeology Fortnight.”

Now that the post-excavation analysis has been concluded, arrangements will be made for the human remains to be re-interred in the cemetery alongside where they were discovered.
Scroll to top