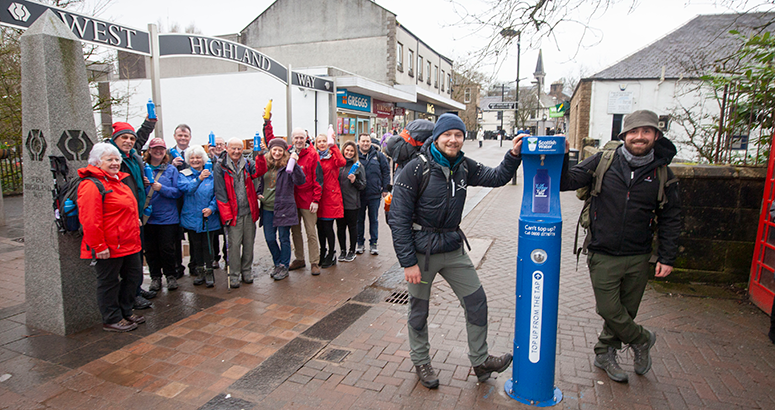 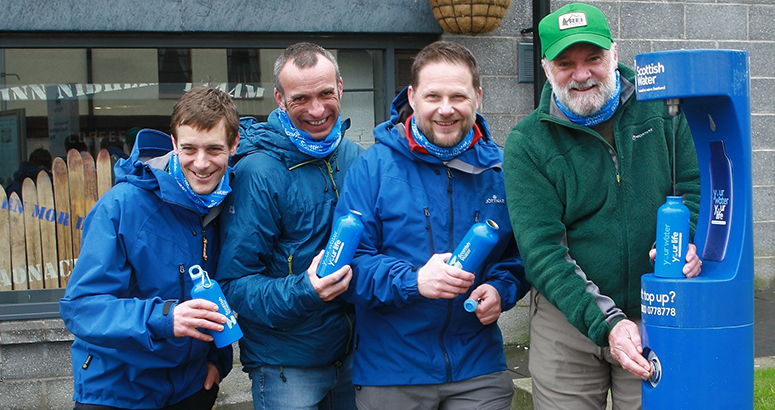 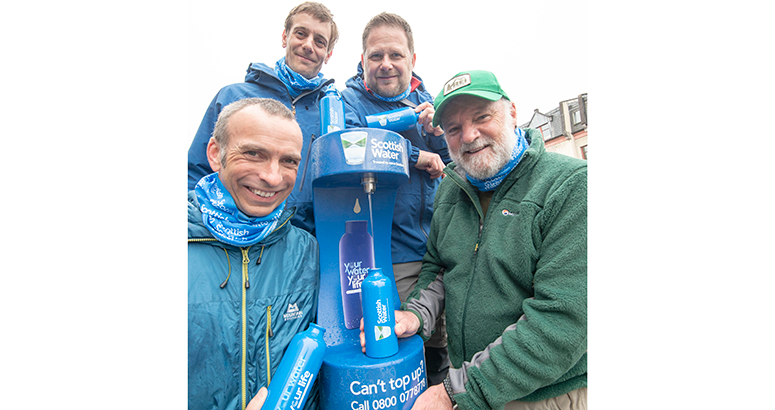 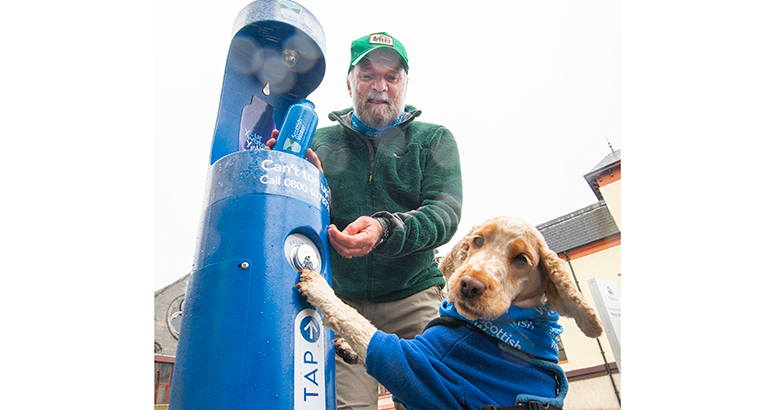 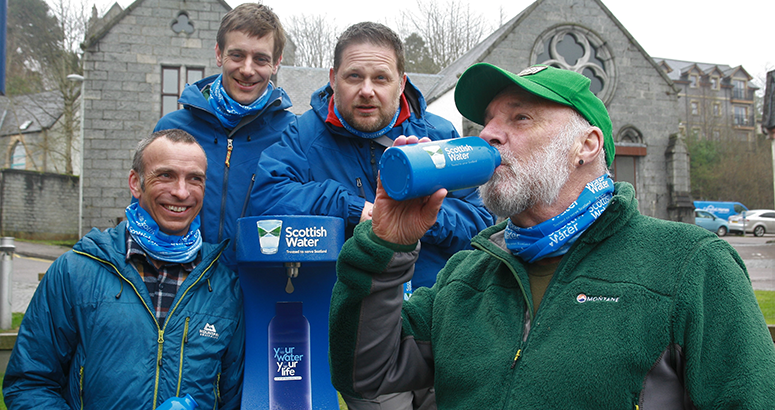 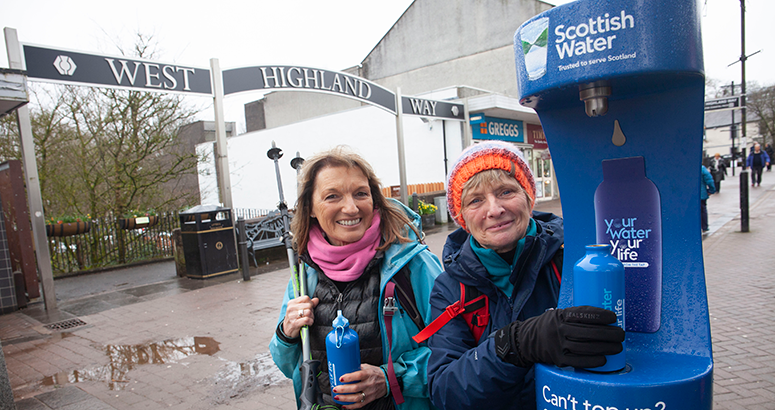 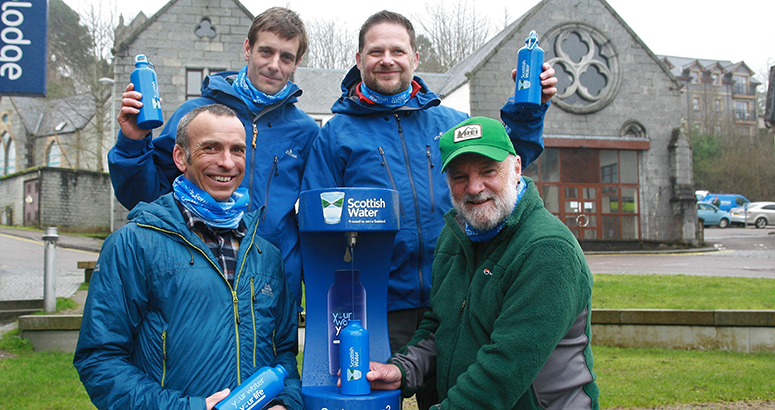 Top Up Taps Are Go

The broadcaster and author known for his love of Scotland’s countryside was at Fort William to be the first to fill up from the tap installed by Scottish Water as part of a nationwide roll-out.

A second new tap was also unveiled in Milngavie, East Dunbartonshire, so thirsty walkers can now stay hydrated at both ends of the 96 mile route – the most walked long-distance route in Scotland.

Scottish Water’s Your Water Your Life campaign run aims to encourage more people to drink tap water on the go to benefit their hydration levels, save money and protect the planet by using refillable bottles.

Renowned hillwalker and climber Cameron was joined by members of the Lochaber Mountain Rescue Team in helping draw the first water from the tap.

He said: “People walking routes of any length need to stay hydrated and it’s vital that they ensure they have plenty water to enable their bodies to cope with the demands of walks like the West Highland Way. It’s also important that walkers do all they can to ensure they use refillable bottles to help reduce plastic waste and protect the environment.

“Top up Taps at either end of the route mean walkers don’t need to fill up bottles at home or at other locations nearby. It means they don’t have to carry plastic bottles, reducing the risk of litter. So the taps will make things very convenient for them at the start and finish of the route.”

Gavin Steel, Corporate Affairs Manager North with Scottish Water said: “It’s fantastic to be able to bring two of our taps to the north and south ends of the iconic West Highland Way, which is enjoyed by thousands of walkers every year. We’d encourage everyone who loves the great outdoors to make full use of the taps by topping up with water in reusable bottles. It’s a convenient way of helping reduce litter, staying hydrated and saving money.”

Chris Stirrip, of Lochaber Mountain Rescue Team, said: “Lochaber Mountain Rescue Team are very pleased to support the launch of  the Top up Tap in Fort William. We promote environmental responsibility within our mountains and hope this encourages the use of reusable bottles from hill users locally to reduce waste and keep well hydrated. Exhaustion from dehydration during arduous exercise while enjoying our mountainous environment has been a factor in some of our rescues both summer and winter.”

Members of the Milngavie community also marked the launch of the tap at the southern end of the walk yesterday.

Graeme Ross, chair of Milngavie Business Improvement District, said: "The local businesses are really pleased that Milngavie was chosen by Scottish Water for the Top up Tap to be installed at the start of the West Highland Way. We think this is a fantastic addition to our precinct that we are continually improving and developing for an improved visitor and community experience."

Top up Taps have been installed in Edinburgh, Glasgow, Ayr and Dumfries with further taps to be unveiled in Oban, Dunfermline, Aberdeen and Inverness. The taps are connected to the mains water supply and cloud-technology means water supply specialists can monitor volumes being consumed.

The West Highland Way attracts around 85,000 people every year and as many as 30,000 people complete the full length of the route.

For more info on our campaign visit: yourwateryourlife.co.uk