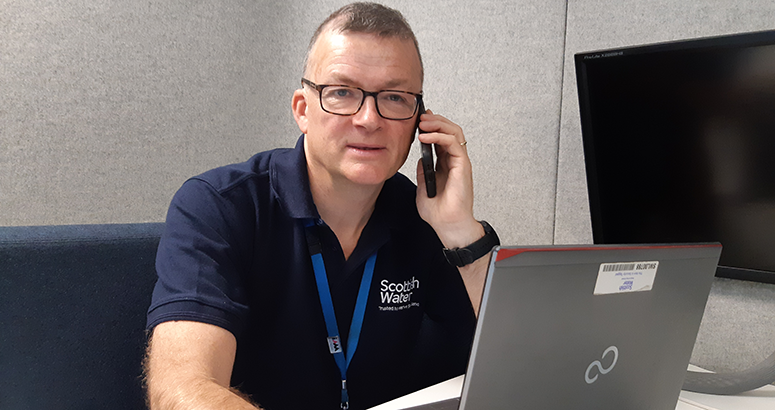 Scottish Water's Gordon Reid explains why it's so important we tackle this issue as climate change predictions indicate more storms on the way.

“Severe storms will become much more frequent. If this is what the future looks like, it's vital we work to protect ourselves against flooding.”

This summer we’ve seen an unprecedented number of severe rainstorms across Scotland which has had a major impact on our communities and infrastructure.

These severe storms were once only ‘one in a hundred years’ events – but climate change predictions indicate they’ll now become much more frequent.

Looking back, already this year we’ve had double the number than we had in 2017 and one and a half times those in 2018.

The difference, this year, is that they’ve been spread across the whole country, from the Borders to the Highlands, east to west coast, and some areas have seen repeat events in quick succession.

The rain comes down so fast it overwhelms the drainage system causing flooding and that can cause danger to health and safety. This could be flooding to homes and property, or manholes lifting at street level causing damage to cars, roads or pavements.

The rainfall patterns we've been seeing supports climate change predictions, where we can expect periods of intense rainfall that are very localised – which means it might be pouring down in one area but not a drop  a mile away!

If this is what the future looks like we need to look at what we can do to protect ourselves against flooding.

Sometimes these intense rainfall events are going to overwhelm the system no matter what we do. But it is vital we work together across the country with local authorities, SEPA and other partners to find ways of managing this problem where we can.

Scottish Water has developed a Storm Water Strategy which involves looking at how we can divert the water flow to places which will reduce the risk of floods happening. We can’t stop the amount of rainfall but we can look at how to manage it.

Our Storm Water Strategy is based on two principles:

So we’re working hard with developers and house-builders, and with local authorities to see where we can divert the rainwater to without causing flooding problems.

We’re working on a number of pilot schemes,  using blue-green infrastructure. This is using natural features to build pathways for the rainto solve urban drainage and climate challenges.

One way is to create swales – which are shallow ponds that are grassy when it’s dry, but when a storm comes rainwater is channelled into it so it is stored and then drains away in time.

These features have fantastic benefits, such as enhancing the green environment, creating better places for people to live and work in and allowing plants and wildlife to grow and thrive, increasing biodiversity.

There is no doubt flooding can cause immense disruption to people’s homes and lives, as well as have an economic impact on business.

Climate change predictions show that this is something which is not going to go away so it’s absolutely vital that we address it by working together. 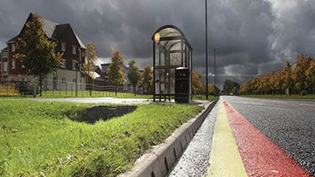 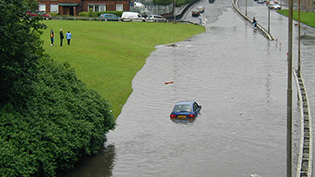 Use our guide to help you know what to do during, and after, a flood event
Scroll to top