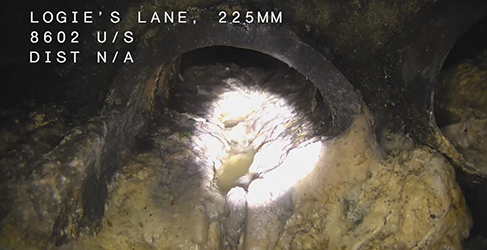 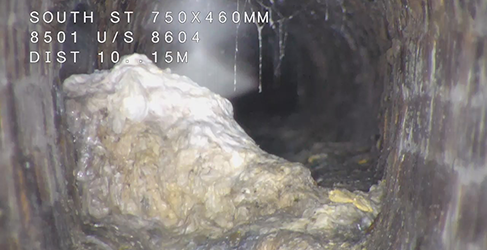 The University of St Andrews is embarking on a major new project – to help put the town’s sewer network on a diet.

It will spend more than £120,000 installing around 25 grease traps at 12 of its sites across the town. The move is part of an ongoing campaign run by Scottish Water to reduce the amount of fats, oils and grease (FOG) going down drains in the town.

The equipment will be installed in the kitchen areas of buildings owned or run by the university. This includes 9 halls of residence, 3 cafes and 2 kitchens used for conferences and a bar.

Due to the age and varied nature of many of the buildings housing the food establishments at the university it will need to install several different types of grease traps. On behalf of Scottish Water, contract partners Environmental Compliance and Services (ECAS) is helping the university’s  engineering and environment staff to come up with the most efficient and cost-effective solutions.

The university has 9,500 students with around 4,000 of them living in halls of residence. Just over half of them are catered for with all their meals provided daily in kitchens run by the university.

Alexander Clark, Environment Officer at The University of St Andrews, said: “We had been using bio-dosing methods to break down the FOG but have now been informed this alone is not enough and have been advised we need to install a number of new internal and external traps. It is a big job for us to carry out – in terms of cost and time – but we know this investment is needed. When we learnt about this Scottish Water project to clean up the sewers in the town and saw images of the sewers caked in fats, oils and grease we knew we had our part to play in making sure help clean up and maintain the network.

“In the town, particularly in the older parts, you see drains very close to the surface and you can see how close they are to the sea. If these drains overflow what is down in the sewer can be washed up on the streets and ultimately into the ocean – that is a terrifying thought. Businesses which need to install traps be it just one or many have a duty to do their bit to protect and care for the environment."

The university has begun sourcing the grease traps it needs and will install them in the coming months. The FOG captured in the grease trapping equipment will be disposed of regularly by both kitchen staff and licensed hauliers who remove it and turn some of it into biofuels.

Scottish Water is running a pilot project in St Andrews to drastically reduce the number of blockages it has to deal with as a result of FOG being incorrectly disposed of by businesses which serve food. If FOG is poured down sinks and drains over time it can create congealed lumps known as ‘fatbergs’ that block sewer pipes, leading to floods and environmental damage.

As part of the campaign a major sewer clean of the sewer network under the main streets of St Andrews -  including Market Street, North Street, South Street, Logie’s Lane and The Scores - has just been completed by Scottish Water. The six week clean-up has seen 20 tonnes of FOG removed by specialist excavation machines – the weight of three and a half adult elephants.

Another business which has supported the drive by fitting a bigger and more up to date grease trap was Jahangir Balti and Tandoori restaurant on the town’s popular South Street. They have spent around £2,400 on a new trap to capture FOG before it goes into the sewer.

Owner Zulfi Ali said: “After speaking to ECAS who came to visit us, we began to appreciate the importance of making sure the fats, oils and grease we produce each day, are taken care of in the right way – and never make it into the public sewer system. As a result, we’ve invested in new grease trapping equipment and we’re now very happy knowing that we’re doing our bit for the local community, and of course, the environment.”

More than 165 businesses including restaurants, cafes, takeaways, care homes and schools have been visited by ECAS on behalf of Scottish Water to see what measures, if any, they have in place to capture FOG. It is an offence under the Sewerage (Scotland) Act 1968 to interfere with the free flow of the sewers – fat, oil and grease do this when they congeal.

Scott Fraser, Communities Regional Manager at Scottish Water, said: “It is great so many businesses in St Andrews have got on board with our campaign and are working so closely with us help protect the environment. From large organisations like the university to smaller businesses like take-aways and cafes, so many are doing their bit to help St Andrews flourish and put – and keep - the town’s drains on a diet.

It is estimated a staggering 140 tonnes of FOG – the equivalent of 280,000 fish suppers - will be prevented from being discharged into St Andrews sewers in the first year of this campaign.

Robert Lynch, Operations Director at ECAS, said: “We have found that 99 per cent of the food businesses we’ve visited, that needed grease trapping equipment, didn’t have anything in place to trap FOG on their premises at all. Thankfully everyone we have met is now much better informed about their role in helping to keep the local community flood free and the environment protected with the vast majority taking steps to ensure they have the correct equipment installed.

“In terms of the university, we know it is at the heart of the town and operates over various sites – meaning it has many kitchens. We advised staff to fit a number of grease trapping equipment which we know requires a significant investment.

More than half of all Scotland’s sewer blockages could be avoided if people stopped putting FOG into the network.  FOG can form massive lumps and mix with other items in sewers such as wet wipes to create fatbergs that can block pipes, cause internal and external flooding and pollute rivers and seas. Scottish Water deals with an average 35,500 blockages every year – around 95 every day – at a cost of around £6.5 million.