Customers in Tarbert & Tolsta Areas Asked to Consider Water Use 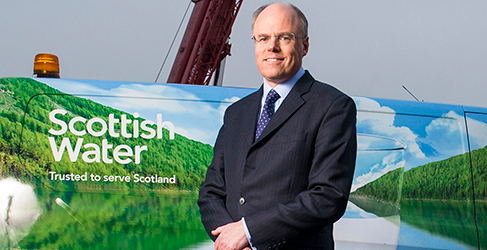 Drinking water quality in Scotland remains high with 99.9 per cent compliance against regulatory standards, according to the latest annual report from the country’s independent watchdog.

Scottish Water chief executive Douglas Millican said he was delighted that the annual report by the Drinking Water Quality Regulator for Scotland (DWQR) found customers’ supplies continued to be of a high standard in 2018.

He said: “I am pleased that the independent report by DWQR has found that the water we delivered to our customers has continued to be of high quality.

“The regulatory standards set for us are among the most stringent anywhere in the world. Weather extremes – the coldest period experienced for many years closely followed by the hottest for decades – presented us with some real challenges to keep customers’ supplies flowing and maintaining those high standards.

“We continue to invest in improvements to the capability and resilience of our network to ensure customers can continue to have the highest level of confidence and trust in their water.”

It also highlighted that Scottish Water’s efforts to improve procedures and operational processes had proactively reduced the number of water quality incidents requiring detailed investigation by the DWQR.

Sue Petch, of DWQR, said: “Scotland’s consumers can be reassured that the quality of drinking water supplied to their taps by Scottish Water continues to be high.”

She added that further improvements were possible with targeted investment to maintain and improve water supply assets to deal with challenges in the future.

Read the full report at Drinking Water Quality in Scotland 2018