The Executive Leadership Team is responsible for leading the strategic direction of Scottish Water.

Douglas was appointed as Chief Executive in 2013, having previously served as Finance and Regulation Director since Scottish Water was formed in 2002.

He joined Scottish Water from East of Scotland Water where he was Financial Controller and later Commercial Director. Prior to this, he worked with Price Waterhouse and Tyco.

He is a Chartered Accountant with a BCom from the University of Edinburgh and is an Associate Member of the Association of Corporate Treasurers. 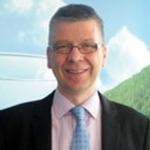 Mark is accountable for delivering Scottish Water’s Capital Investment Programme to maintain and enhance its services to customers.

In his previous role as Director of Information Technology and Business Change, Mark led a major programme of improvement and change.

He has held roles as General Manager of Customer Service,  in which he championed the delivery of improved customer service and customer satisfaction, as well as various other operational, engineering and commercial roles.

A graduate of Strathclyde University and Chartered Civil Engineer, Mark  is an accomplished leader and customer service professional. 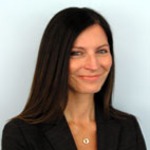 As Director for People, Shirley believes that Scottish Water, as a major employer in Scotland, has a responsibility to help people develop skills and capabilities which support the sustainability of the business and can be taken back into their communities.

In addition to her role as a member of the Scottish Water Executive team, Shirley is a board member for Scottish Water Horizons Holdings Ltd with responsibility for Scottish Water International.  She is passionate about agile working and creating inclusive digital environments where people can flourish and be highly productive. She is also a lay member of Court at the University of Dundee, Chair of the People and Organisational Development Committee and a member of the Remuneration Committee.  She became a member of Scotland’s Fair Work Convention in 2018.

She has a BSc (hons) in Psychology and a postgraduate qualification in Personnel Management. She is a Chartered Fellow of the Institute of Personnel and Development and a trained counsellor. In 2017 she won the Institute of Director’s (Scotland) Female Director of the Year award.

Rob is leading Scottish Water’s technology investment & transformation programme. He is passionate about enabling our people through technology and is responsible for developing our Digital Strategy.

With over 20 years’ experience in the water industry, Rob has held senior leadership positions across a variety of disciplines within Scottish Water, including General Manager for Waste Water Strategy and previously, General Manager - Waste Water Operations. Rob has also held various customer service, operational, technical and commercial roles. He is a former Non-Executive Director of Scottish Water Horizons Ltd.

Rob has a BEng (Hons) in Civil Engineering from Heriot-Watt University, Edinburgh. 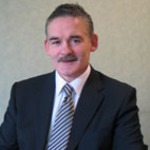 Prior to this, Peter undertook various operational and engineering roles with our predecessors, East of Scotland Water and Lothian Water and Drainage. 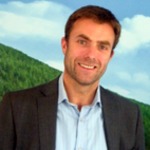 Simon was formerly Chief Scientist and General Manager of Scientific Services and represented Scottish Water in science, research and public health communities.  Prior to joining Scottish Water in 2012, he had a long career in academia at Cranfield University where he was the Professor of Water Sciences and led the Cranfield Water Science Institute.  Simon now holds a visiting chair at Cranfield.

Simon has a BSc and PhD in Chemistry from Leicester University, is a Fellow of the Royal Society of Chemistry and sits on the board of UK Water Industry Research (UKWIR).

Alan has an MA in Economics and Accounting from Aberdeen University. He qualified as a Chartered Accountant with Arthur Anderson, where he spent 10 years in the Corporate Recovery Services Team. 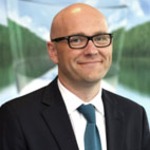 Brian was appointed Director of Corporate Affairs in August 2016 with responsibility for leading on communications and engagement with external stakeholders on behalf of Scottish Water.

Prior to that Brian was Head of Corporate Affairs at Scottish and Southern Electricity Networks, part of SSE Plc. While at SSE he also held the roles of Head of Media and Public Affairs Manager (Scotland).

Before working at SSE, Brian was the Senior Adviser to the Leader of Glasgow City Council and before that the Political Editor of the Sunday Mail newspaper. He has an MA (Hons) in Politics from Dundee University.

Information on the renumeration of our Executive Leadership Team can be found here.