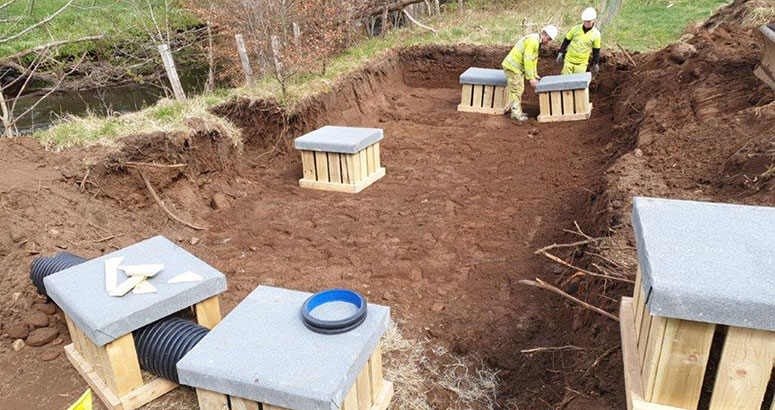 Sett-ing up a new home

construction of the artificial badger sett

“It is notoriously difficult to move badgers from their chosen sett location so it is extremely encouraging that they have taken to the new sett so readily.”

A clan of badgers are sett-ling into a new home – constructed by staff working on a water environment project in Edinburgh.

A badger sett was identified early on during the initial site investigations and was unfortunately located where it could be potentially damaged by construction works.

Without delay the project team set about trying to find out how many badgers were underground and exactly where they were located.

Badgers are a legally protect species in Scotland and Scottish Water take the protection of the local environment extremely seriously and work to ensure that the local wildlife and their habitats are protected. Any works affecting the badgers need to be carried out under licence from Nature Scot.

The team used their collective engineering skills to create an artificial replica sett to encourage the animals to move from where they had set up home to a new abode out of the way of the work site. The staff pieced together large plastic pipes to create tunnels and used wood to create square box chambers for the family to live in. A total of seven nesting chambers, six entrance chambers and five entrance locations were installed, all interconnected with plastic pipe. A number of pipes were also left with blank ends to encourage the badgers to extend the sett on their own.

To help entice the animals to move the sett was left with some straw strategically placed nearby and some peanuts were laid out to encourage the badgers to explore.

The badger family started investigating their new man-made abode the very first night and within a week video footage caught the badgers moving their bedding straw from their old home to help them settle in their specially created new lodgings. Now that the badgers have been shown to be using the new sett the team can begin to exclude the badgers from their old sett as soon as the breeding season is over. The family are expected to stay in their man-made home until the works are all completed when the old sett will be opened up for the badgers to return to if they wish. 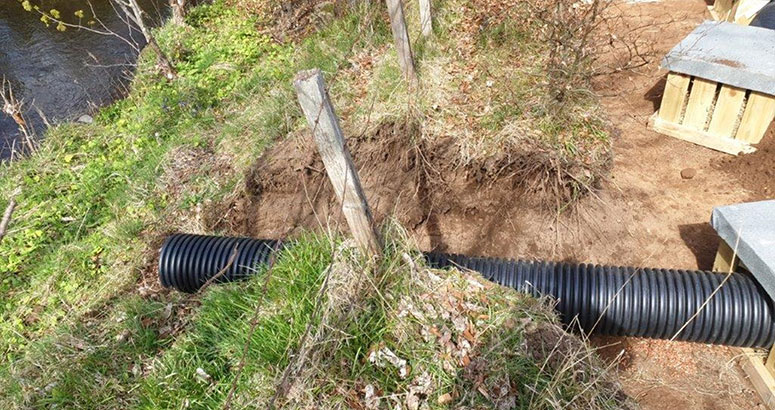 Richard Gregory, Environmental Advisor at Scottish Water said: “It is notoriously difficult to move badgers from their chosen sett location so it is extremely encouraging that they have taken to the new sett so readily.”

Colin Freeland, Site Manager for amey binnies, added : “We are really pleased to see that the badgers have made themselves comfortable in their new sett and are hopeful that they decide to stay and make what we have dubbed ‘No.1 Riverside’ their permanent abode”

The project is part of a multimillion pound investment, being delivered by Scottish Water alliance partners amey binnies, to improve the environment and quality of the Water of Leith and involves installing new and improved wastewater infrastructure to help prevent items which are wrongly flushed down the toilet – which include wipes, sanitary products and cotton wool - from overflowing into the river during severe storm events.

View the footage of the badgers here: Water of Leith badgers