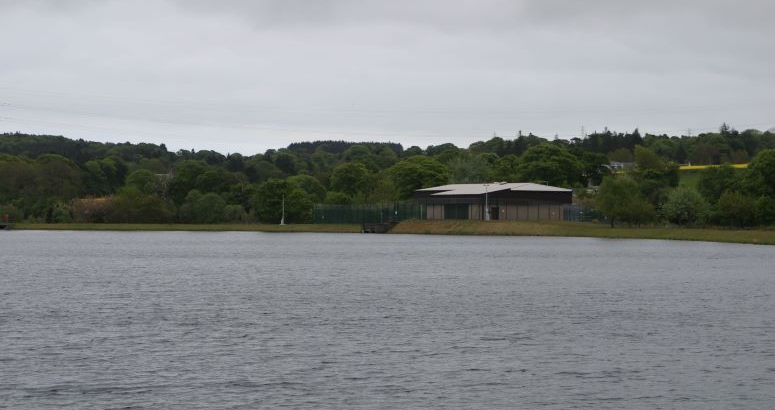 Scottish Water is appealing for people to stay out of the water at Inchgarth Reservoir due to safety concerns.

Scottish Water is appealing for people to act responsibly and not to enter the water at a reservoir in Aberdeen.

Inchgarth Reservoir is categorised differently to many other reservoirs managed by the utility company due to the presence of operational infrastructure in the water and as such, must not be accessed by the public.

Due to the relatively small nature of the lagoon, there is a greater risk of coming into contact with dangerous infrastructure for anyone in the water, creating serious safety risks. It is clearly outlined via signage at the site that the water cannot be used by the public.

The call comes following a number of incidents of anti-social behaviour at the reservoir, which has seen large groups gathering at the lagoon and entering the water, as well as climbing on infrastructure, starting fires, vandalising fences, littering and verbally abusing members of staff.

Water Operations East Manager at Scottish Water, Derek Cooke, said: “We understand that people are keen to visit reservoirs at the moment, especially given the recent spell of hot weather.

“However, the reservoir at Inchgarth is not safe for people to swim in or use recreationally due to the presence of operational infrastructure and we are asking people to please take this seriously and to stay out of the water.

“There are many hidden dangers in reservoirs as they are working assets, and on top of that there is also the risk of cold water shock and strong currents within the lagoon that could lead to people getting into real difficulty.”

He added: “In addition, some of the behaviour we have seen from those gathering at the site is entirely unacceptable.

“Fencing has been vandalised, litter left lying around and fires started without any consideration for the environment. There have also been incidents of verbal abuse directed at staff which will not be tolerated.

“We have been in touch with Police Scotland regarding the issues at Inchgarth and will continue to liaise with them as required. I would ask people again to please take these warnings seriously for their own safety and to ensure they behave responsibly when making use of any of our sites across Scotland.”
Scroll to top