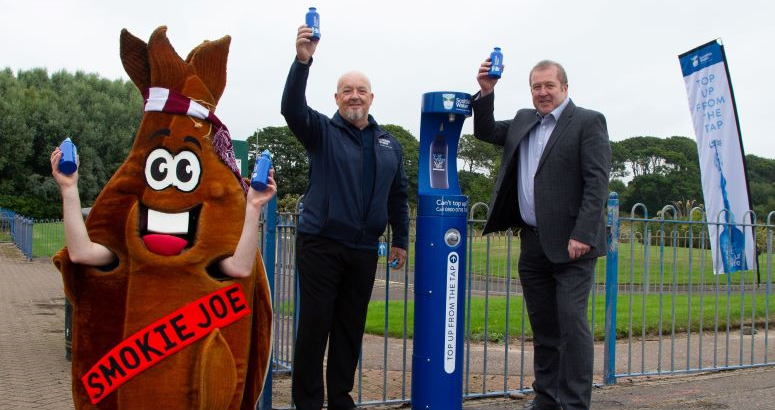 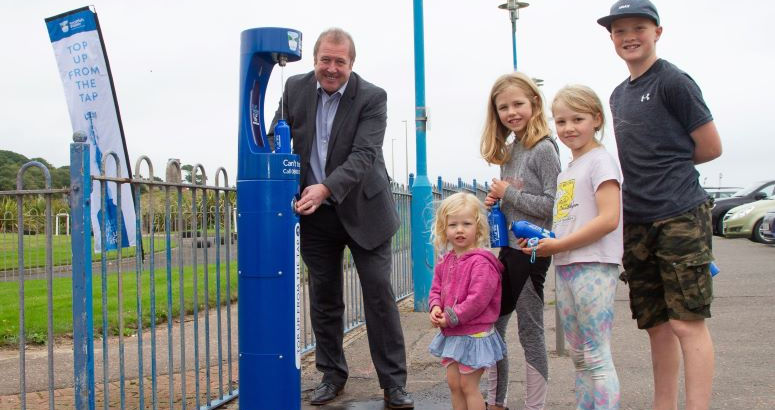 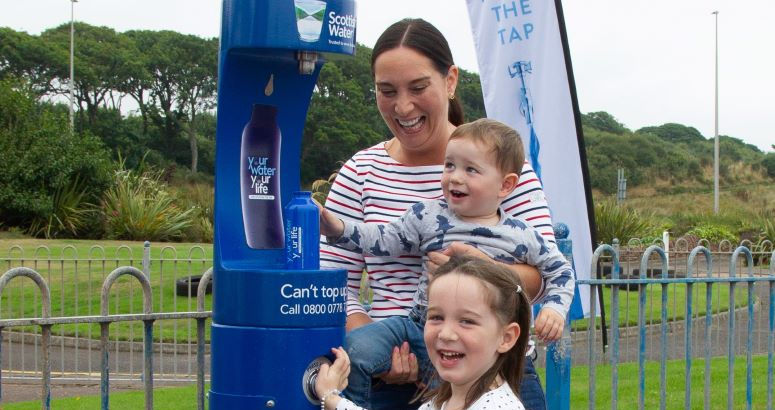 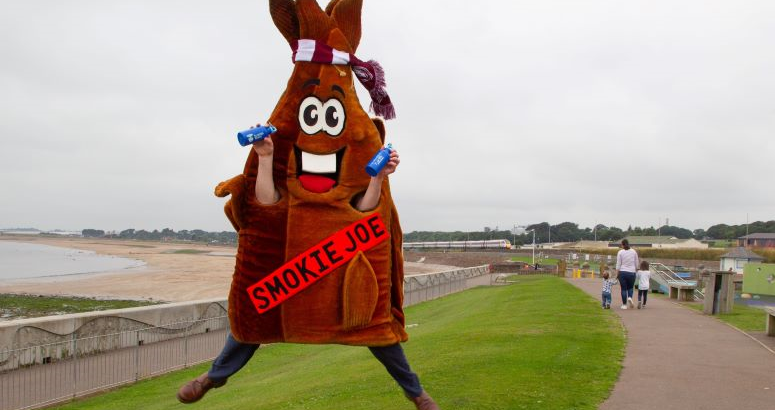 Smokie on the Water

Scottish Water has launched a free water refill tap at Arbroath’s West Links Park, with a little help from a finned friend.

Smokie Joe, the mascot of Arbroath Football Club, popped along to join local MSP and Minister for Transport Graeme Dey to launch the new Top Up Tap. It is part of a drive to encourage people to carry reusable bottles to stay hydrated, protect the environment by reducing waste and save money.

The blue tap is the second to be unveiled in Angus, after the first was launched in Montrose in 2019.

Mr Dey said: “It is great to see this tap now up and running in such a beautiful location here in Arbroath - it is always a busy spot and I’m sure it will be well used by both locals and visitors to the area.

“It is more important than ever that we all think about the small ways we can change our habits to help the environment – making sure we carry a reusable bottle is such an easy way to cut down on single use plastics, while also helping people to stay hydrated when they are on the move.”

He said: “Drinking enough water can make such a big difference to the way we feel and with the growing network of these taps around the country, hopefully it makes it easier to ensure everyone can stay well hydrated even when out and about.

“Using a refillable bottle is good for the environment, good for your health and good for your pocket too. I would encourage everyone to remember to take a reusable bottle with them when they leave the house and to make use of these taps to refill them.”

The Top up Taps all have tracking devices which record the amount of water they give out at each location.

Since the first tap was launched, more than 223,830 litres of water have been consumed from Scottish Water’s expanding network of refill points across the country, the equivalent of more than 675,000 330ml plastic water bottles.

There are now more than 50 of the taps in the ground at sites including harbours, beaches, national parks, botanical gardens and other top tourist attractions.

More information about our Your Water Your Life campaign is available at www.yourwateryourlife.co.uk
Scroll to top