School Turns Out To Top Up From The Tap

28 September 2021
Pupils from Drymen Primary School were among the first to fill their bottles from our latest Top Up Tap at Rowardennan on the banks of Loch Lomond.

The free water point has been installed at Ben Lomond car park, so visitors can stay hydrated using refillable bottles and reduce plastic waste and litter. 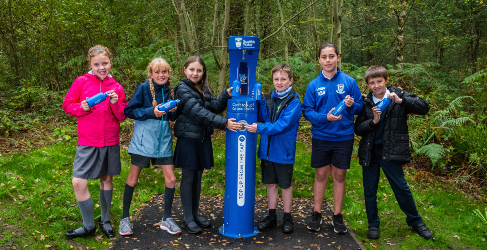 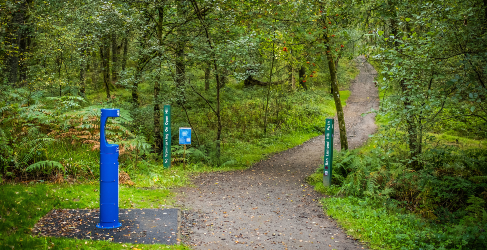 A beautiful setting for our 59th Top Up Tap.

P6/7 Youngsters from the local primary school were excited to be our VIP guests of honour to officially launch the new Top Up Tap with their Scottish Water refill bottles.

Fleur Ellison said: “It is saving people using plastic bottles more, which they would just throw away. On a hot day you also know you can get a drink of water.”

Classmate Shona Lawson thinks the new tap will prove popular for walkers said: “I think it is a good idea because if you are out walking and it is really hot or you run out of water you can just fill up your bottle and you are not using so much plastic.

And Aaron Busnelo-Garvey reckons the quality of the water is second to none: “You don’t need to buy water bottles and you can get water whenever – it is really refreshing and it is not warm!” 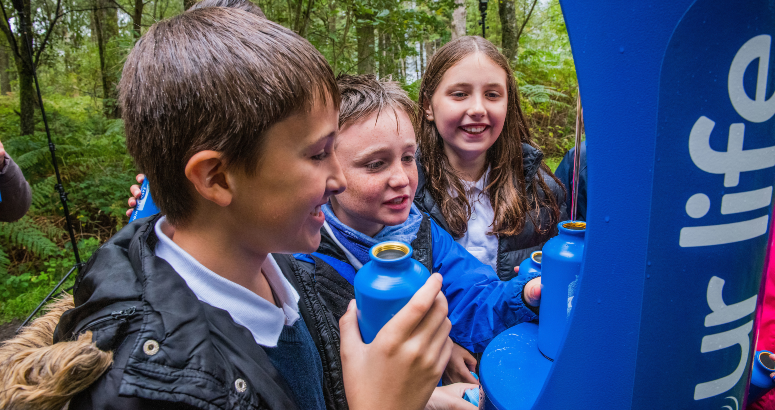 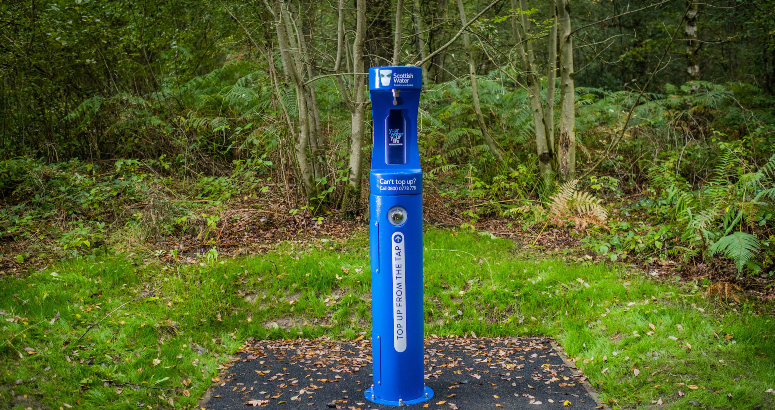 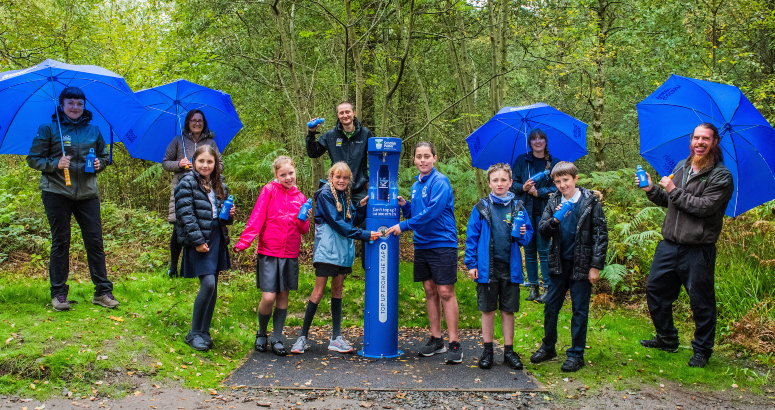 Our colleagues from Forestry and Land Scotland and Lomond and Trossachs National Park helped launch the  the tap along with the pupils from Drymen PS.

“We’re happy to support this great initiative, and I’m sure our visitors will make great use of the tap. When it comes to sustainability, little things – like refilling your water bottles – can make a big difference.”

The new Top Up Tap is the 59th in our growing network of water refill points being rolled out across Scotland as part of Scottish Water’s Your Water Your Life campaign.

Georgina Reid corporate affairs manager for Scottish Water, said: “Our taps can now be found at sites across the country including harbours, beaches, national parks, and other top tourist attractions.

“By simply refilling your bottles and staying hydrated you are improving your health and protecting the environment.

“Since our first tap launched in 2018, we’ve saved the equivalent of more than 800,000 plastic bottles ending up in landfill, which is an amazing achievement by everyone.

“It’s great to see our big blue taps being embraced by Scotland’s young water drinkers who know how important it is to top up on the go.”


Five Top Up Taps For Loch Lomond & The Trossachs

The Rowardennan Top Up Tap is one of five planned for Loch Lomond & The Trossachs National Park, and the first in a partnership between Scottish Water and Forestry and Land Scotland.

Nik Turner, Behaviour Change Manager for Loch Lomond & The Trossachs National Park Authority said: “We are encouraging visitors to make their trip to the National Park as sustainable as possible and to leave no trace of their visit. Top Up Taps are a big step forward on both fronts - they reduce the need for visitors to purchase single use plastic bottles and that, in turn, reduces the amount of littered bottles left behind in the Park.

“Rowardennan is a popular destination for visitors, especially those walking the West Highland Way and hill walkers heading to Ben Lomond.  A Top Up Tap in the area means it is easier for people to make a climate-friendly swap and to play their part in Scotland’s journey to net zero.”

Stuart Chalmers, FLS National Visitor Services Manager, said; “We’re happy to support this great initiative, and I’m sure our visitors will make great use of the tap. When it comes to sustainability, little things – like refilling your water bottles – can make a big difference.”

Scottish Water will continue to expand its Top Up Taps across Scotland over the next two years and installed its first community-inspired Top Up Tap in Aberfeldy, Perthshire earlier this month.

Four taps have already been installed in Loch Lomond &The Trossachs National Park: Balloch; Aberfoyle; Balmaha and Rowardennan. A fifth is expected to be installed in Callendar by the end of the year.