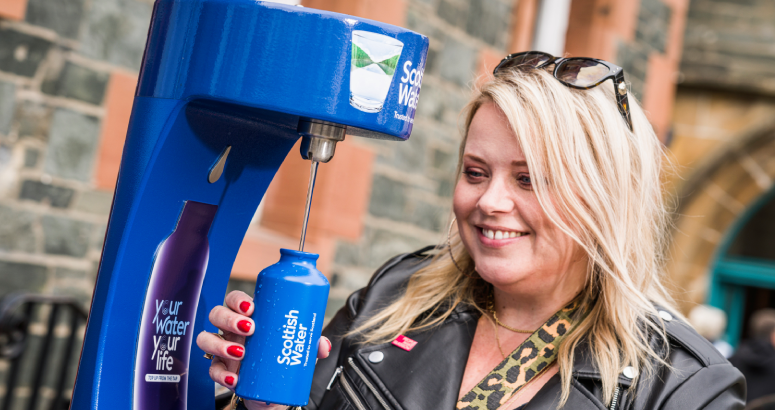 Scotland’s expanding network of new public water taps has saved the equivalent of one million single-use plastic bottles through people quenching their thirst by refilling.

In a major boost to the country’s efforts to reduce litter including discarded plastic, members of the public have tapped into Scotland’s water supply when out and about to help the planet, stay hydrated and save money.

There are now 60 distinctive, bright blue taps installed throughout the country, from Shetland to the Scottish Borders, in parks, town and city centres, beachfronts, woodlands and visitor hotspots. The first was switched on outside the Scottish Parliament in 2018 and more will be installed over the coming 18 months.

The taps provide free public mains supply water – and digitally log how much water is used as people fill up at the touch of a button. 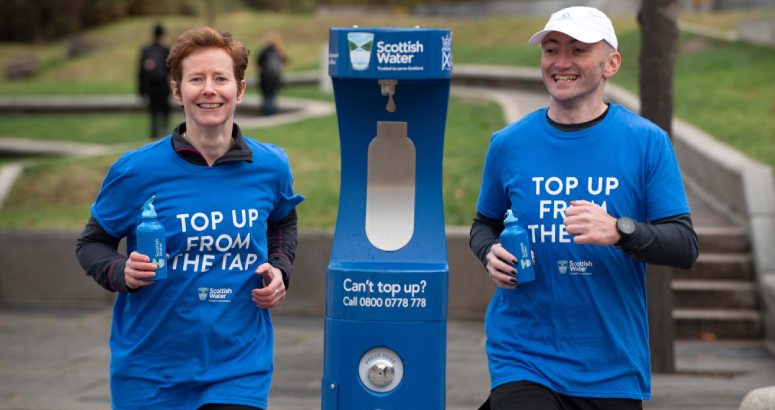 60 Blue Taps Across the Country

The tap roll-out is part of the Your Water Your Life campaign which celebrates the qualities of Scotland’s water – and encourage people to think about protecting the environment and their own health at the same time.

Douglas Millican, Scottish Water Chief Executive, said: “It’s easy to enjoy our nation’s tap water in the home – but when people are out and about, we want them to be able to stay refreshed. It’s great that so many people have used the taps, saving the equivalent of one million single-use plastic bottles. Thank you to everyone who fills up from a public water tap with a refillable bottle.”

Lorna Neilson, who has led the Scottish Water team behind the taps, said: “The connection between communities and their taps – and the recognition of doing something positive for themselves and the environment - has been amazing. There’s a real team effort involved from planning through to switch-on and we’ve often worked with community groups to identify locations. Scotland should be very proud to have achieved this sustainability milestone.” 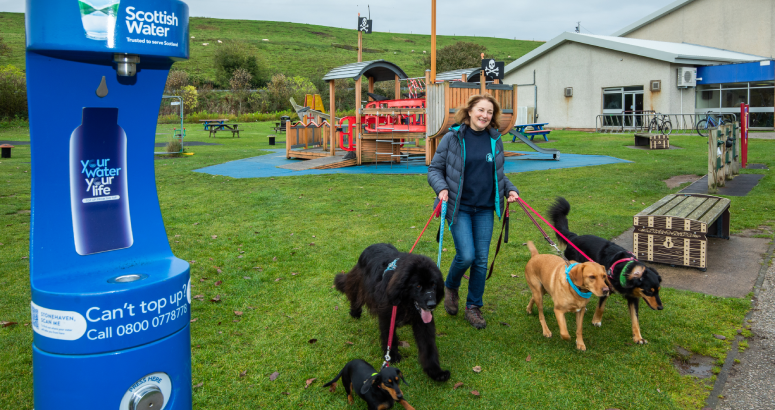 “It’s easy to enjoy our nation’s tap water in the home – but when people are out and about, we want them to be able to stay refreshed. It’s great that so many people have used the taps, saving the equivalent of one million single-use plastic bottles.”

Welcoming the announcement Ms. Lorna Slater, Minister for Green Skills, Circular Economy and Biodiversity, said: “The proliferation of single-use plastic is severely impacting our environment and contributing to climate change. This initiative from Scottish Water has a direct impact on the reduction of plastic waste whilst helping people stay hydrated and healthy.

“There’s more to be done, hence we are changing the law to ensure further market restrictions on single-use plastics are introduced helping tackle our throwaway culture and the shift towards a circular economy in Scotland.”

The taps and the thinking behind them have won support from a number of community groups, organisations and businesses keen to enhance Scotland’s reputation for sustainability.

Marion Montgomery, founder of Paws on Plastic, an Aberdeenshire-based group which encourages dog walkers to pick up at least two pieces of plastic litter on every walk, said: “It's sad that our natural environment is plagued with plastic litter. Dog walkers are acutely aware of the problem as they are out and about at least once a day. Scottish Water's initiative to reduce single-use plastic use in the first place is excellent - and maybe one day will mean our countryside is as clean and green as it should be.”

The full list of taps and their locations can be seen at www.yourwateryourlife.co.uk/find-your-nearest-top-up-tap