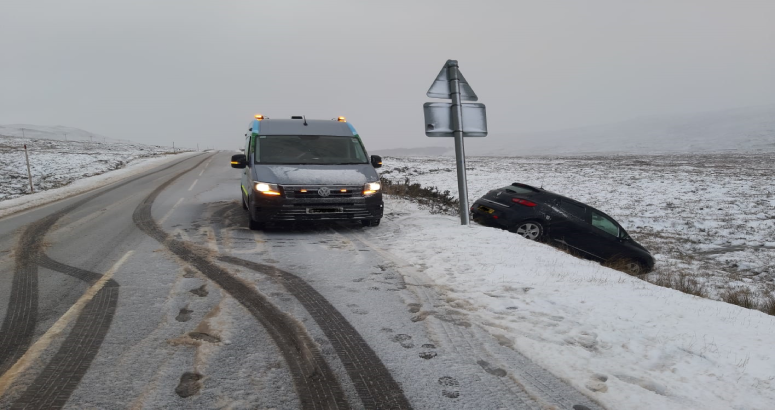 Adrian Burton, a technical support advisor, was travelling on the A835 to Poolewe Water Treatment Works (WTW) on Friday (Feb 4) to help fix the site’s generator in the aftermath of Storm Malik, when he noticed a car which had come off the road and was lying headfirst in the ditch.

Adrian said: “My initial thought was that the car had been abandoned for some time, however when I got closer, I noticed the car tracks were fresh. I pulled over to check the situation and realised there was someone in the car.”

When Adrian got over to the vehicle, he found the driver Judy Urquhart (18) still in the car but thankfully unhurt.

“She was badly shaken by the crash, which had happened due to the icy conditions on the road,” he said. “I gave her my Scottish Water fleece to help keep her warm and a foil blanket which we have in our vans at all times, due to the nature of our jobs and the distances we cover across remote areas.

“I was very glad she wasn’t injured and just waited with her until her mum arrived.”

Both Judy and her mum Roslyn were extremely grateful for Adrian’s assistance, and while chatting, it emerged that Judy’s dad Gordon worked for Scottish Water as a contractor in Ullapool.

Gordon said: “Thankfully it was just Judy’s pride that was hurt by the incident and a few bumps to the front of the car. We are so grateful to Adrian, as many cars had driven straight past her. She also didn’t have a jacket and was only dressed for the college classroom, so the extra layers Adrian was able to provide made a big difference.”

After Judy had been safely collected, Adrian carried on with his journey to Poolewe WTW, where he was successful in fixing the generator and allowing the treatment works to continue operating as normal, serving hundreds of customers in the local area.

John Campbell, Scottish Water's Senior Operator at Poolewe said: "Adrian is brilliant and always goes out of his way to solve problems for others. I have nothing but positive things to say about him." 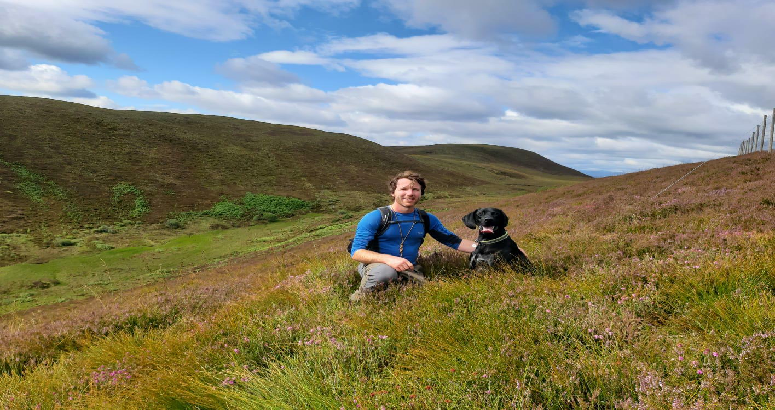