03 April 2022
Scotland’s biggest city now has its own network of iconic Top up Taps to keep people hydrated while they are on the go and help protect the planet. 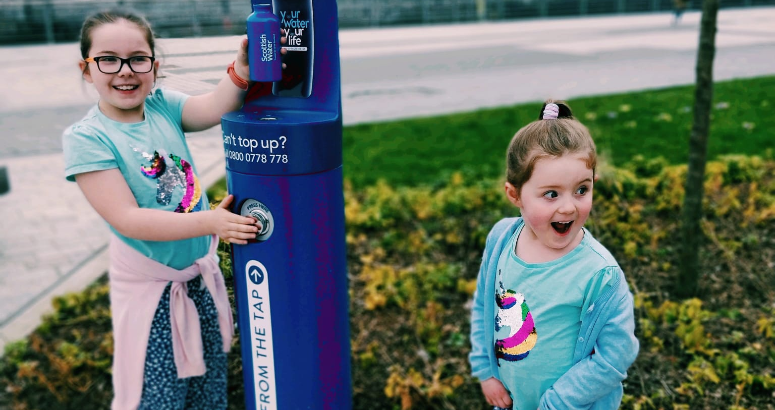 It's now a magnificent six for Glasgow City, with taps now launched in Cathedral Street and Clyde Place.

The host of the COP26 Climate Change Conference has upped its green credentials with the launch of taps at Cathedral Street in the city centre and at Clyde Place in a partnership arrangement with Barclays at their new riverside campus.

Koral Anderson, Scotland Site Lead for Barclays, said: “We are delighted to support this great initiative.

“The new state-of-the-art Barclays Glasgow Campus has sustainability and community at its core. Supporting the installation of a Top up Tap for community use on our site fits well with our campus ethos.” 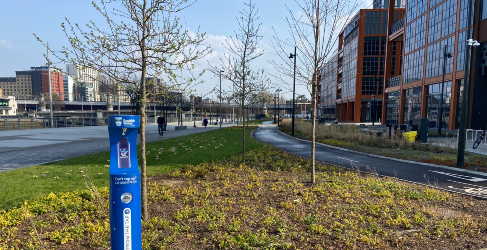 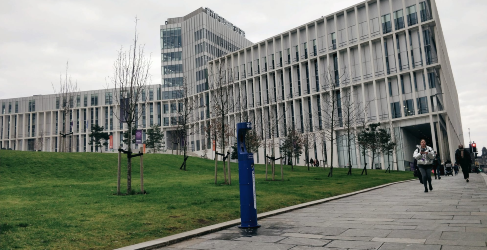 “The city’s plastic reduction strategy sets a clear goal for eliminating throw away plastic and the Top up Taps are a vital part of the city’s efforts to encourage a refill culture for staying hydrated.
”

Glasgow’s first and flagship Top Up Tap in Buchanan Street was followed by installations in Queen’s Park, the Botanic Gardens in the West End and Glasgow Science Centre, as part of the award-winning Your Water Your Life campaign.

The city’s network has already saved the equivalent of nearly 200,000 single use bottles (330ml) since the first tap went live in Buchanan Street three years ago.

Brian Lironi, Scottish Water’s Director, corporate affairs said: “People are becoming more and more aware of our network of blue Top up Taps, and we’ve had such positive feedback.

“So many people now recognise the benefit of carrying a refillable bottle and being able to top up when they’re out and about to stay hydrated and healthy.

“By making this small change, it’s reducing the use of single use plastic bottles ending up in as waste in the environment. It’s so simple for everyone to play their part in protecting the environment.

“We’ve had hundreds of requests from communities across Scotland who want their own tap and we’re continuing to grow our network.”

The six Top up Tap sites have been carefully chosen across the city centre to provide refill opportunities for shoppers, workers, commuters, and visitors.

“Tens of thousands of litres of water have been drawn from the taps since the first one was introduced in Buchanan Street in late 2018 and this has prevented a staggering number of single-use plastic bottles from being thrown away.

“The taps are intended to help people when they are out and about and so it makes sense to include high footfall areas in the expanding network.

“The city’s plastic reduction strategy sets a clear goal for eliminating throw away plastic and the top-up taps are a vital part of the city’s efforts to encourage a refill culture for staying hydrated.”

Across Scotland there are now 69 taps in many different locations, including harbours, beaches, national parks, botanical gardens, town centres and other top tourist attractions.

More information about Scottish Water’s Your Water Your Life campaign can be found via the links below: