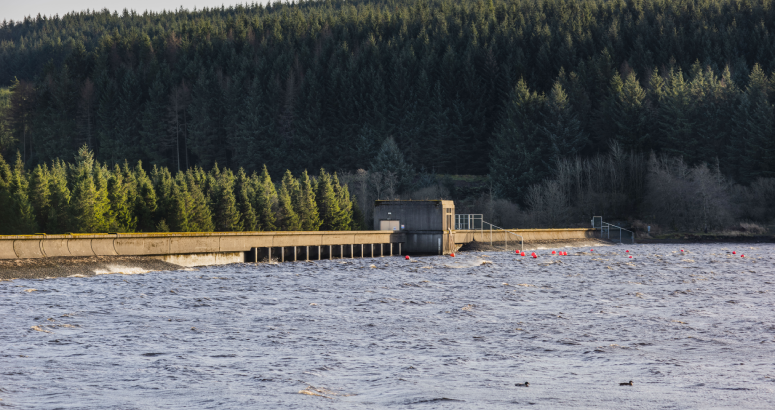 A total of 277 people lost their lives to accidental drowning in the UK, including 58 in Scotland

Scottish Water is urging people to stay safe, behave responsibly and not take risks around watercourses such as reservoirs, rivers and lochs this summer.

The latest figures from the National Water Safety Forum (NWSF) show that, in 2021, a total of 277 people lost their lives to accidental drowning in the UK, including 58 in Scotland.

The figures, which were up from 254 and 39 in the UK and Scotland respectively in 2020, include the deaths of six people who drowned in Scottish watercourses such as Loch Lomond in four separate incidents in one weekend during warm weather last July.

Peter Farrer, Scottish Water’s chief operating officer, said: “While people should enjoy any good weather we have and take pleasure around the country’s beautiful lochs, reservoirs and rivers, it’s absolutely vital they stay safe at all times and behave responsibly.

“As the tragic deaths in Scotland last year showed, safety is a serious issue in all bodies of water, including lochs, reservoirs and rivers.

“At reservoirs, while the water may look harmless, there are many hidden dangers. We need to ensure everyone is aware of these hazards. We are reminding parents to keep their children safe and asking adults to act responsibly around reservoirs and other watercourses.”

Many of the publicly-owned utility’s reservoirs are situated in remote locations, meaning there is a lack of immediate assistance and mobile phone reception can be poor.

In the interests of public safety, Scottish Water does not encourage swimming in its reservoirs.

Its reservoir safety advice is also targeted at pet owners. One of the biggest concerns with dog owners is when their pet dives into water, chasing a ball or stick. The pet more often survives such incidents but owners who have attempted to save them sometimes don’t. 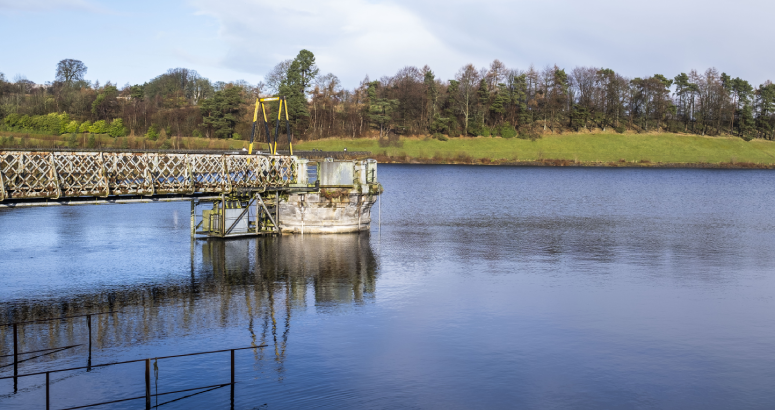 “At reservoirs, while the water may look harmless, there are many hidden dangers. We need to ensure everyone is aware of these hazards.”

RLSS UK’s annual Drowning Prevention Week runs from June 18 to 25 and encourages people to do their bit to ensure the UK’s accessible waterways, are fun and secure places for everyone to take pleasure in.

Lee Heard, the RLSS UK’s Charity Director, said: “With June, July, and August proving to be the months with the most fatalities, it is vitally important that everyone has an understanding of water safety, especially during the summer months.

“We have seen a rise in the number of drownings over the last few years, with peaks during the summer. In July 2021, there were 49 accidental drowning fatalities in the space of just two weeks in the UK, and we know that with the right water safety knowledge, accidental drownings are avoidable.

“We want to ensure everyone can enjoy their summer break and being in or around water but be safe in the knowledge that they, and their children, have the skills and understanding about water safety, which could potentially save a life.”

Also supporting Scottish Water’s call, Carlene McAvoy, Leisure Safety Manager at the Royal Society for the Prevention of Accidents (RoSPA), said: “There tends to be a peak in the number of accidental drowning fatalities during the warm summer weather, so it’s important to keep yourself, family and friends safe whilst out and about near water.

“We want to ensure that everyone has a positive, but safe experience around water. Water Safety Scotland’s Water Safety Code is a great way to learn about hazards, such as Cold Water Shock, and what to do if in an emergency. If you learn the code and teach family and friends about it, you will be better equipped to keep safe this summer.”

Deputy Assistant Chief Officer Alasdair Perry, the Scottish Fire and Rescue Service’s Head of Prevention and Protection, added: “Over the last year a number of tragic events have been a sad reminder that all of Scotland’s waterways can be dangerous.

“We must educate the public about the very real dangers of our coastal and inland waters and the risks involved in swimming or playing in water.

“Anyone, of any skill and experience level can find themselves in difficulty and we would encourage everyone to educate themselves and those around them to stay safe in and around water.”

Scottish Water is a member of the Scottish Government’s Water Safety Stakeholder Group, whose members have committed to further develop partnership working to help prevent drownings and agreed a range of key actions.

Extra funding, improved signs and lesson plans for pupils are all part of a new Water Safety Action Plan, drawn up by the Scottish Government and a range of key organisations following the water deaths last summer.

Scottish Water has agreed to continue its partnership with Scottish Swimming to support the national Learn to Swim programme, which has been developed to help children of all ages and abilities to become confident swimmers.

The framework – which has Olympic medallist Duncan Scott and Paralympic medallist Toni Shaw as its Ambassadors – is being delivered across Scotland by 36 Leisure Trusts and Aquatic Providers, in more than 160 pools.

Our partnership with Scottish Swimming on Learn to Swim is a major commitment to creating a generation of safe, confident young people in and around water. More than 100,000 children participate in it and we have extended the partnership for three years.

Scottish Water is also ramping up its campaign to encourage responsible behaviour at reservoirs.

Our #RespectOurReservoirs video highlights the importance of water safety and how visitors can play their part in help protect the natural environment, for example by taking their litter home and leaving no trace. 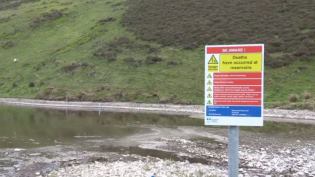 Knowing the risks in and around our reservoirs, rivers and lochs 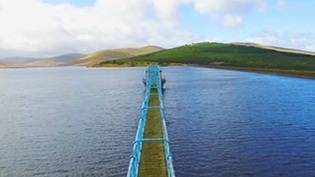