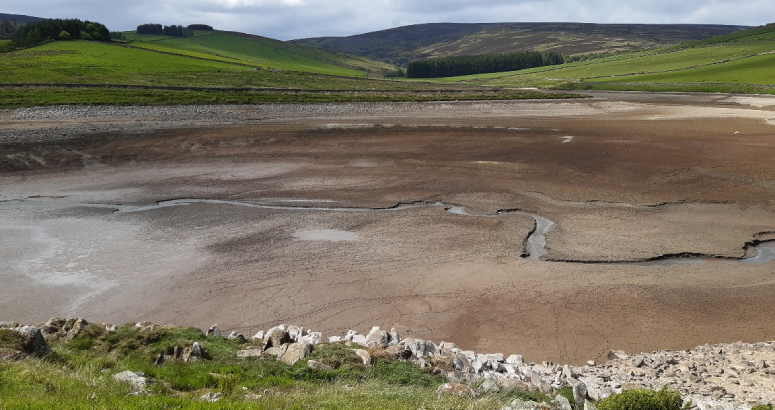 “This trial is a unique project which has been essential in helping us and SEPA to understand whether it could be possible to return this river to a more natural state.”

Scottish Water has shared images and video taken from the bottom of a Borders dam which has been drained for the first time ever in order to help the Scottish Environment Protection Agency (SEPA) determine the future of the structure.

The work is part of a project driven by SEPA to look at improving the ecological status of the Caddon Water from "poor" by enabling declining species of fish to migrate by restoring the river to a more natural condition.

The reservoir was originally built in the late 1800's to offset the impact on the river of water being taken from upstream to supply Galashiels with drinking water. The structure itself has never been used to supply drinking water.

Thanks to a multimillion pound investment in the water supply for the area, the upstream water source will shortly no longer be required, meaning the reservoir is not needed to help keep the river flowing.

During the work, the project team were able to almost completely empty the reservoir, dropping the level of the water around 11 metres, exposing sections of the original riverbed. This process was done slowly over the course of two months, with the team closely monitoring the process.

"This has been one of the most interesting projects I have been involved in. Migratory fish species like Atlantic Salmon and Sea Trout are sadly in decline in Scotland. While there may be multiple causes to this decline, barriers to migration are not helping.

This dam blocks off up to 11km of potential prime spawning habitat, preventing access for the adult fish returning from the sea. This trial is a unique project which has been essential in helping us and SEPA to understand whether it could be possible to return this river to a more natural state."

During the work, Scottish Water has been continually monitoring the water quality in the river while also collecting feedback from the public to better understand how the reservoir is used.

The project team are now collating their findings along with the community feedback. This information will be used by SEPA who will make the final decision on whether the reservoir should be removed or not.