We are upgrading a section of Crieff’s sewer network to improve its performance during wet weather conditions. The work includes the installation of approximately 600 metres of new sewer and a new, managed storm overflow by the Turret Burn.  The work is scheduled to begin 23rd May 2022 for approximately 6 months. 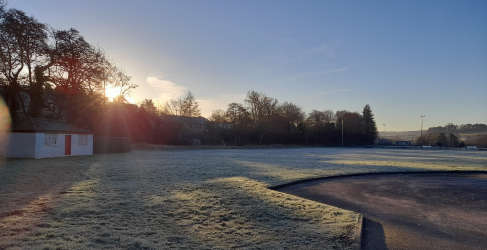 What we are doing

We are working to address sewer flooding that affects some customers in Crieff.  Following our previous investigation works we are now in a position to carry out improvements to the local sewer network.

A new sewer will be installed in Milnab Street from the junction with Milnab Terrace to just past the Junction at Park Manor.  From there the sewer will be installed into the Morrison Academy playing fields and follow a route along the side of the playing fields heading across the park before the artificial pitch towards the Barvick Burn where our existing pumping station is Located.

There will also be a new section of sewer laid next to the Lady Mary’s Walk Car Park, across Turretbank Road to join with the new sewer in the playing fields.

A new screened CSO (Combined Sewer Overflow) chamber will also be constructed next to the artificial pitch near to our existing Pumping Station including a new outfall Pipe to the Barvick Burn.  This new outfall pipe which will only be in use during storm conditions/high rainfall and will replace the existing outfall pipe from the pumping station.

A new section of sewer will be laid to a new controlled storm overflow from the sewer network.

In addition, flow which currently spills unscreened from Macrosty Park CSO (Combined Sewer Overflow) to the Lade will be collected and conveyed to the new screened CSO that is proposed, where new a 6mm powered screen will be installed to remove large items and debris from the waste water. 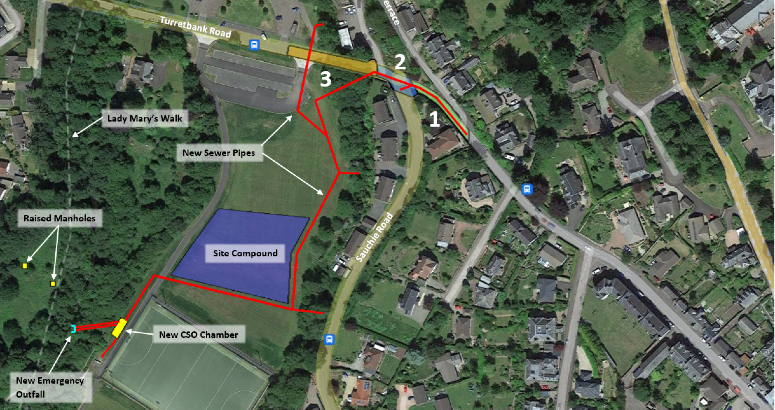 An overview of the works planned at Sauchie Road and surrounding area, showing where phases 1, 2 and 3 will take place

How will this affect me?

The works will involve significant disruption to road users in and around Milnab Street, Turretbank Road, Sauchie Road and Milnab Terrace.

Work in Milnab Street/Turretbank Road will involve a phased approach including sections of Milnab Street and Turretbank Road to be closed to traffic.  Traffic management will be planned in a way to allow local vehicle access to properties as much as possible.

The 3 Phases are planned as follows:

The work will also involve some disruption next to the Lady Mary’s Walk Car Park as a new sewer is installed from there across Turretbank Road into the Morrison Academy playing grounds.

From there, work will move across around the playing field and along past the artificial sports pitch to our pumping station.   This part of the works will require areas of the playing fields and some footpaths to be closed off.  Local signage will be put up advising of any walkway closures.  There will also be work carried out to 2 manholes within ground across the Barvick Burn next to Lady Mary’s Walk.

Our work will temporarily disrupt use of part of the Morrison’s Academy playing fields and the footpath along the Turret Burn.  We will do all we can to minimise the short term disruption to the area during construction.