Martin Marks 40 Years of Keeping Taps on Across North-East 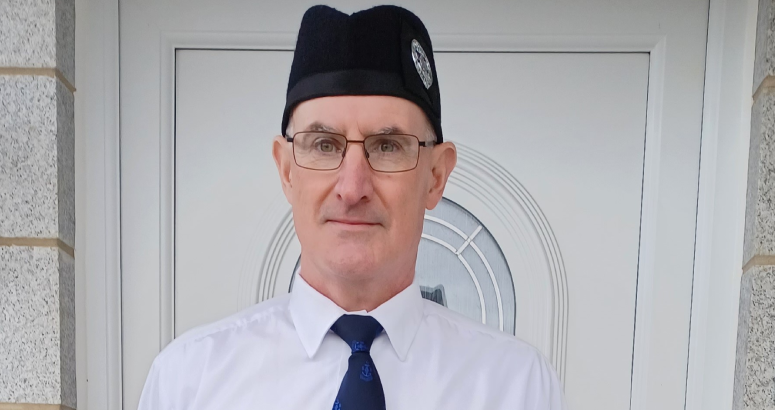 Martin (57) first joined the Design and Construction section of Grampian Regional Council in 1981 as a 16-year-old as part of the Youth Opportunities Programme, before being offered a permanent role a few months later as a trainee technician.

The role initially involved assisting engineers with technical drawings plotting the course of water mains and sewer pipes, which were hand drawn with “funcy” pens for drafting on sepia paper. He was also involved in surveying sites and drawing up tender papers.

Three years later, Martin transferred to water operations, still based within the divisional office in Peterhead. In this role he dealt with water and drainage enquiries from the council, contractors and public and arranged planned maintenance on the water and drainage networks whist completing an HNC in Civil Engineering. He took on a team leader role in 1989 and now manages a team of 12 covering Moray, Aberdeen City and the majority of Aberdeenshire.

“It doesn’t feel like 40 years,” Martin said. “Generally if I like something, I’ll stick with it – I'm a creature of habit, to a certain extent!

“The best part of the job is helping customers and making sure that my team is delivering great customer service. Our team should be seen as customer champions – if a customer has a problem, we want to make sure we take it to a resolution for them one way or another and that they are 100 per cent satisfied with the outcome.”

Looking back at the past four decades, Martin – who is the Captain of the 4th and 5th Fraserburgh Boys’ Brigade Companies - said:

“I think the main change over the years has been the innovation. From the point at which Scottish Water took over to where we are now, the rate of innovation has been incredible in the past 15 years.

“There were no mobile phones when I started, so if you needed to get hold of someone who was out on a job, you relied on them picking up a radio telephone – if they missed your call, then they would have to travel back to the office only to be told to go out to another job, so it is much more efficient these days.

“That is one thing I always tell new starts – there is one constant and that’s change. Which is a good thing, for the most part! My team now get all their work through their laptops, their vans are their offices essentially and we are just about to move to tablet devices which will allow them greater visibility of the customer issues that come in, so things are always progressing.”

“The colleagues I’ve worked with over the years have been brilliant to work with. That’s what will stick with me, all the memories made with all the different people I’ve worked with. It’s been a pleasure.”

“Martin’s many years of service are a true testimony of his dedication to Scottish Water, and he is truly valued for his contributions. I would like to thank Martin for his incredible commitment and support over the years - he is an invaluable member of the team and we couldn’t imagine life without him and his Doric jokes!”