The cleaning of the Primary Settlement Tank 8 was successfully completed by Saturday 4th July.

This is a further update to the recent communication issued regarding the draining and cleaning of Primary Settlement Tank 8 (PST8).  A review of weather conditions was undertaken today and the conditions are forecast as favourable from Thursday evening through to Saturday 4 July. Therefore, Veolia will start to drain the tank on Thursday morning and cleaning will take place on Thursday evening when there is an offshore wind. The work is expected to be completed on Saturday evening.

Veolia had planned to carry out the draining of the tank from Wednesday evening, however, they have moved this back to Thursday morning to recognise the changing wind conditions and reduce the potential odour impacts on the community during this phase.  As further mitigation, chemical treatment and odour neutralisers will be used as required for the duration of the task.

It is vital that this planned maintenance work is completed to ensure that the remaining contents in PST8 are removed as soon as possible.

Both SEPA and the City of Edinburgh Council have been made aware.

We will issue a further update once Veolia has completed the work.

As part of planned maintenance, Seafield WWTW operators Veolia began cleaning primary Settlement Tank 8 (PST8), on Monday 22/06/2020. This tank was already out of service. This is standard procedure during the summer months to minimise the risk of odour, as PST8 is the closest tank to the boundary with the community. Cleaning had been planned for this week due to the favourable weather conditions forecast and to avoid the tank contents turning more odorous.

However, Veolia is aware that the wind direction became variable on Wednesday 24/06/2020, which caused odour in the community and would like to apologise for the annoyance and inconvenience caused.

As the wind today remains onshore, a decision has been taken to pause this tank clean until weather conditions are more favourable, with work likely to commence on Monday 29/08/2020, as the forecast currently suggests offshore winds all week. In order to mitigate the odour risk, PST8 is currently being filled with treated effluent to cover the remaining contents in the tank.

Scottish Water will work with Veolia to review the task planning processes in order to prevent a recurrence with this type of maintenance work. 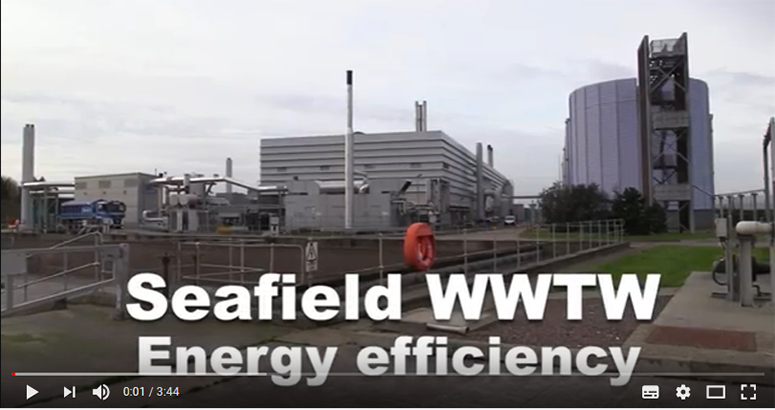 Watch this video to see how we are making Seafield waste water treatment works in Edinburgh greener and more self-sufficient.